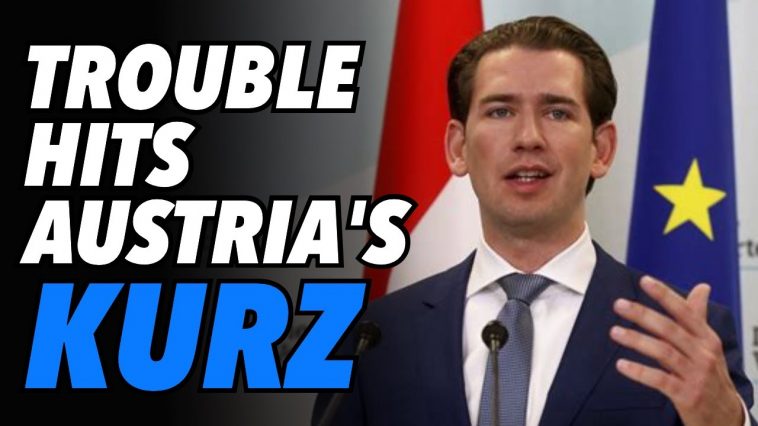 Kurz announced he was under investigation at a news conference on Wednesday He denies allegations he made false statements to a parliamentary commission The probe triggered the collapse of Kurz’s previous government in 2019 It had been investigating the so-called Ibiza affair, which led to the downfall of then-vice chancellor Heinz-Christian Strache Kurz said the new probe would likely lead to criminal charges but he had no thoughts of resigning Austrian Chancellor Sebastian Kurz is under investigation on suspicion he made false statements to a parliamentary commission.

Probably a move by US + Soros-Mafia backed corrupt/criminal globalist forces to get rid of Kurz to finally kill NS2 and install a more aggressive russo- + sinophobe puppet + lackey. What we see in Germany at the same time the treacherous Greens are hyped and Annalena Baerbock is groomed supported + funded by US + Soros-Mafia to lift her in power she is very hostile in her russo- + sinophobe aggitating stance and is constant hate/fear/war-mongering she alreay made statements that she will kill NS2 if elected. The MSM propaganda machine is already runnig overtime with the usual deep-fake… Read more »

The money people invested a lot in “Boy” Kurz.

He will remain in the system.

Maybe but that’s not the point. The evil-minded ‘Dark Side of the Force‘ want him gone because he is committed to NS2, has + keeps good relations with Russia + China and stays away from + opposes the artificial hyped hostile hate/fear/war-mongering russo- + sinophobe cold-war + aggression of the AmeriCunts Brits NATO-Mafia + the corrupt/criminal rotten western neoliberal/globalist Elites/Oligarchs, they want install an obedient corrupt puppet + lackey to do as ‘They’ wish even if it wrecks/destroys their economy because they don’t care out of geopolitical + ideological spite…like Australia did out of pure slavish stupidity…the same attempts we… Read more »

I’m afraid the globalists will continue to erode any right of centre politicians wherever they are in the world. The politically right and Christianity do not suit their purpose of trying to depopulate the world by various means – starvation, genocide, fuel poverty or just plain murder. As you say, Alexander, they will NOT be appeased, they will continue to push ahead by foul means if necessary. I’ve said elsewhere, that the climate change agenda is not so much their concern for the planet, it’s because the oil rich states have control of something they want – and until THEY… Read more »

Within the EU weaponized “justice” seems the rule for LePen, Salvini, Wilders, AFD, Orban, Kurtz either through EU or national institutions.

Or even deliberately abuse/misuse + weaponize the security/deep-state to spy harrass + terrorize those individuals parties or organizations who dare to challenge the orthodoxy of the corrupt/criminal neoliberal/globalist/woke-BS ideology + the phony status quo.

I don’t know what exactley were Kurz’s lies, but if the globalists want somebody to STAY in power this dude is Mark Rutte (Dutch prime minister). Rutte, a serial lier, has been caught red handed time and time again with lies, hiding and distorting the facts, constantly refusing and delaying the release of official documents which belong by law to the public domain, practices the selective memory art. This criminal refuses to answer about the (in the last 10 years) 3,500 disappeared refugee children, covers for the abusive tax clerks who destroyed 30,000 families and so on… This globalist golden… Read more »

There are lots of Jews running and/or undermining Germany as an ongoing and sadistic reminder that Germans will never again be free.
Jens Spahn is one such and there are lots of others. I dont know about Kurz but if he crossed the Jews they will get him.

Jens Spahn is a very special case in Germany, he’s a deeply rotten corrupt/criminal POS, a Traitor + Sell-Out, a pathological liar and a paid tool + lackey of the Big-Pharma Mafia-Cartels. This asshole recently bought a mansion for 4.1million EUR [he doesn’t come from money!] but the filthy little detail is who the previous owner was, Richard Grenell the arrogant POS former AmeriCunt so-called ‘Ambassador’ in Berlin and very much hated in Germany. Probably just a coincidence…Right? Q: “You Can’t Get Rich in Politics Unless You’re a Crook.” [Harry S. Truman]

Thanks for the tip. 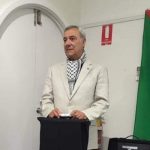 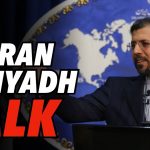