The last Saturday of August I was handed a copy of a free newspaper outside Sydenham Station. if you haven’t heard of it, The Light is published in the UK. According to that font of all knowledge Wikipedia, it is “a self-published, monthly British conspiracy theory newspaper founded by Darren Smith on September 27, 2020”.

There are two put-downs in that sentence which on second glance are not really put-downs. Most people who run their own YouTube channels can be accurately described as self-publishers, indeed many of them work alone, yet they regularly report on stories the mainstream media have ignored or covered up. And as has often been observed, the difference between a conspiracy theory and a conspiracy is usually around six months.

The Light has its own website, of course, and its on-line archive contains PDFs of all published issues to date.

What is so conspiratorial or outrageous about The Light? The issue I was handed contained a number of leaflets including one called Why You Need To Use CASH.

As you have probably noticed, we are moving towards a cashless society. This move isn’t necessarily a bad thing as long as we still have the option of buying, selling and gifting in cash. But what would happen if there were no cash at all, and if your central bank (or a world central bank) controlled all our money?

According to The Light, this would mean:

1) all your transactions could be monitored and controlled by the state.

Not could, would. Indeed all large transactions are already monitored by the state and have been for decades. Anti-money laundering regulations (so-called) require solicitors and many other professions to report “suspicious” transactions. In the UK, Unexplained Wealth Orders were introduced in January 2018. To date, they have been used only against foreign nationals, but don’t expect them to stop there.

2) access to your money can be instantly cut off  by the banks and government.

That could never happen, or could it? The second part of that claim is “as seen recently in Canada”.

3) Your bank account will be linked to your digital ID.

This isn’t a bad thing as long as it is voluntary and for example you could have a bank account that wasn’t linked to your ID. But there is the issue of vaccine passports which the odious Justin Trudeau tried to introduce. Indeed, vaccine passports have been introduced there except they are not called vaccine passports.

That is three claims perpetuated by this newspaper that traffics in “conspiracy theories”. Do you want more?

Issue 26 of The Light is due out soon. If you are not in the UK or even if you are, you can download it from the paper’s website.

Some time back, the Department of Work and Pensions in the British government decreed that old-age pensions would now be paid only into a bank account. I had been getting mine paid into a basic made-for-purpose Post Office account. But after the official-tory government of the time (with the connivance of the ex-Labour tory-lite ‘opposition’) stole our Post Office – against the popular will, of course – and fenced it off to their crooked friends in big-biz, the privatised successor to our public-service PO decreed – without public consultation, natch – that there would be no more of those (unprofitable)… Read more »

Chuckles! and I taught I was cynical. Excellent explanation of a conspiracy theory (TheDarkMan).

The light is an excellent paper, a must read for anyone wanting to know what is really going on, as you say published monthly online,

Here in Ireland we have the The Irish Light Paper which is edited by Gemma O’Doherty. I am surprised she has not been permanently silenced by the evil Trotskyite regime who are genociding us Irish, with the Clot Shot and Third World Immigration. 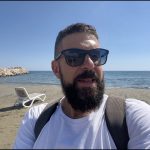