It is important to understand how combat operations are conducted by the various combatants. In January of 1968, when the North Vietnamese Army and the Viet Cong made a surprise attack during the Tet Offensive, it was a huge military failure for the Communists. It was clear the intent was to get the Army of South Vietnam to collapse and to get the civilian population to rise up against the Saigon government but neither happened. Instead, the South Vietnamese military fought back against the offensive effectively and the civilian population remained in support of their government. It was clear that the Communist losses were horrific by any measure, especially for the Viet Cong in South Vietnam.

Why did that defeat of the Communist forces not turn into the major defensive victory it actually was for the South Vietnamese and their allies?  The answer was the issue of “perceived” reality versus “actual” reality.  The world media embraced the Communist narrative and rejected any evidence to the contrary. While it was a tactical defeat for the Communist it was a strategic victory for them because of the world media support for them. The biggest impact was on the American political leadership in keeping support for the war, especially in the American population, and it proved to be a turning point in the Vietnam War.

It was impossible for the South Vietnamese to be “strong” everywhere before the Tet offensive and the Communist were able to choose the time and places for their attacks. At that point, it was a question of how quickly the attacks could be stopped and beaten back.

As we watch the unfolding of the Ukraine / NATO Russia conflict we can clearly see the use of the economy of force, both tactically and strategic, being used by the Russians. As much as the Western media try to “spin” what is happening on the battlefield they will be unable to shake the Russian leadership and, for that matter, the Russian people from their collective goal of securing large territories of Ukraine as part of the Russian Federation. What appear to be battlefield “setbacks” for the Russians will not be successfully exploited by the Western media who are in full “spin mode” because their “spin” is clearly not supported by the actual events unfolding in the larger context of the conflict. Eventually, perceived reality has to be grounded in objective reality.

Unlike the Tet offensive of 1968 in South Vietnam, the objective reality of heavy and growing losses by the Ukraine / NATO forces will be exploited by the Russian forces to achieve the Russian military goals. Many people are unable to make the distinction between a media created reality and the objective reality on the ground. Many people do not understand military operations at all and are easily manipulated into believing false assertions.  Many people are drawing the wrong conclusion from what is being fed to them and will ultimately be surprised and shocked when faced with a hard reality they refused to see coming.

I agree whole heartedly with this post, there will be a lot western media and bloggers with egg all over their collective faces when the reality sets in, Russia is in no hurry to destroy the Nazi army of Kiev, they won’t be rushed, Russia will do what needs to be done when they, Russia wants to do it.

The only question I have is how much “Ukraine” will be left when the Ukrainians finally decide that diplomacy is preferable to suicide. 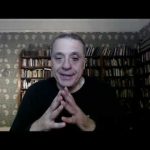 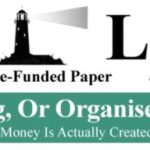