A short-lived five piece metal band named Hanover First was formed at Toronto in 1983. Charles Erickson and James Henry formed another short-lived band, a synthesiser duo at Minneapolis in 1985. This rather obvious pun was therefore far from original when Hanover Fist mark 3 was formed. The original line up was Ronny Lamanna on lead guitar, Bud Shepard on bass, and Jamie Mintz on drums.

Mintz, a native of Wilmington, North Carolina and US Army veteran died in March 2011 at the relatively young age of fifty. Five years later, the band was reformed with Eric Stahle on drums.

Recently they released HFIII, which as the name suggests is their third album, not a great output for two guys who have been around since the last Millennium. So what does HFIII have to offer?

The album kicks off with Outta My Head, not the most inspiring of tracks, but Jukebox Dancer that follows isn’t that bad. Cats And Dogs is a thoughtful even philosophical number addressed to a fairweather friend.

Dreamin’ is a short song addressed to an unidentified woman who is clearly anything but a fairweather friend.

Room With A View owes nothing to Noël Coward and even less  to Tina Dico; an unnecessarily short track, it could have done with some more extensive soloing.

Sweet Leaf is a Black Sabbath cover, right from the coughing at the beginning of the track; this is a much shorter version though as it segues into Peace Pipe. Tony Iommi’s soloing on the original is to be preferred.

With track 10, Quest, we are back to philosophy, albeit in somewhat clichéd fashion.

The penultimate track, Neurotica, is up tempo and promising, or would be if it ran to substantially longer than 3 minutes 24 seconds.

The album closes with track 14, Mean Ole Axe, apparently a literal axe rather than the usual figurative one.

Although Hanover Fist has been called a power trio, they are more in the style of thrash metal than melodic rock or melodic anything. If you like Metallica, you might like this.

You can check out a few samples of the band here, including Murphy’s Law, a song written by the late Jamie Mintz.

oh, now that was a must read informative thought provoking dissertation hoving on the edge of oblivion….. 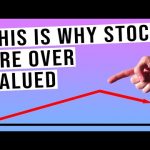 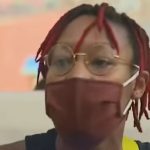