Last year, 64 American police officers died by gunfire and 3 were stabbed to death. The last time a Welsh police officer was killed in the line of duty was August 2, 2003 when PC Andrew James was run over accidentally while pursuing a suspect. The cause of this massive disparity isn’t that the US has a population of over 329 million while Wales has a population of well under 3 and a half million, rather it is because the American police chase gangsters while in Wales, the local plod chase innocuous disabled women, at least they did on January 23 when Newport resident Jennifer Swayne was arrested for the “crime” of stickering.

Miss Swayne is 53 years old and uses a mobility scooter. The stickers she put up  read “3 women are killed by men each week” and “domestic violence kills”.

One can argue with the statistics, but not with the claim, and as Penelope Jackson among  others proves, domestic violence isn’t all one-way traffic.  According to Gwent Police, Miss Swayne was arrested “on suspicion of criminal damage and displaying threatening or abusive writing likely to cause harassment, alarm or distress.”

Yeah right. Leaving aside the content of these particular stickers, this is one of the many ways in which the police and other agents of state repression suppress free speech in these islands. There will always be some idiot somewhere who finds any words – written or spoken – “threatening or abusive [and] likely to cause harassment, alarm or distress.”

The police attempted to further justify this arrest by claiming  glass or pins had been affixed to the backs of the stickers to the detriment of any individual who attempted to remove them. This claim may have been made by them in good faith, though not necessarily by the person or persons who reported the stickering in the first place.

Claims of this sort of sabotage go back decades, but last year there were reports that were apparently genuine. It may have been however that in this case the police used the claim simply to conduct a grossly disproportionate investigation into Miss Swayne just because. Enter Kellie-Jay Keen-Minshull.

Britain’s favourite peroxide blonde mother of four may be only five foot two but she punches well above her weight, and on January 31, she and a group of supporters (of both sexes) arrived in Newport to demonstrate near the police station.

Kellie and her supporters have identified a much broader problem, namely the continued indoctrination of Gwent Police and other forces by Stonewall, a so-called charity that once campaigned for the tolerance of sexual perversion but now concentrates on persuading people they can change sex, especially the young. The full horror of the trans agenda has been thoroughly exposed by Kellie and others, but there is no need to detail here the castration of young boys or the mutilation of young girls because they believe they were born in the wrong body.

This is an ongoing battle, one that is already very nasty, and is likely to get even nastier before common sense prevails.

In this planet policed and bombed by the USA, we are never surprised at what is coming next. Now the victims have become the problem not the criminals. All you need now when leaving education is a PHD in box ticking. 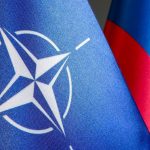