Tensions between NATO and Russia are increasing every day. Washington and its Euro-Atlantic allies are deploying additional forces to Eastern Europe, while some Western countries openly support Ukraine by supplying weapons and military trainers. However, Moscow seems to be reluctant to give in and continues to insist that the principles of European security must be revised to suit its own interests. Is Putin so stubborn and fearless, or could Russia’s uncompromising stance be supported by something else?

Of course, when answering this question, first of all we are talking about the red lines that the Russian head of state has previously outlined. I am talking about guarantees from NATO not to expand eastwards, about the Alliance’s refusal to include Ukraine and Georgia, and also about the return of NATO’s military infrastructure to the lines of 1997. However, there is another important factor suggesting why Russia is not making concessions and insisting on meeting its own conditions – the internal political instability in the United States and the weakness of Democrat power.

Joseph Biden has held the nation’s highest office for a year now and during that time he has managed to become one of the most unpopular US presidents. The first year was memorable for record inflation, unemployment, high rates of coronavirus. According to Morning Consult/Politico the disapproval rating of Biden alone reached -56%. This in turn calls into question the position of the Democratic Party in the House of Representatives. According to a Gallup survey, US leaders whose approval ratings did not exceed 50% in their first year in office lost on average at least 37 seats in the House of Representatives in mid-term elections. In other cases, such losses averaged around 14 seats.

In addition, the fate of the US financial system and the associated risks to the US economy is keenly in question. The issue is under the control of the Fed, but it is being closely watched by Congress. The recent announcement by Jerome Powell indicates that high inflation has persisted for far longer than expected. Of course, the American regulator says that it is keeping the situation under control and is addressing the problem by all available means, but there are no guarantees. Nobody knows what will happen to the dollar tomorrow, and therefore nobody knows what will happen to the US and its supranational structures, including NATO.

You will agree that in this context negotiations between Russia and the United States on security guarantees and other nuances of the future world order look somewhat different. Especially the authorities and neo-Nazi structures in Ukraine are worth a closer look because, as they say, the devil is in the details. Without Washington’s support for its proxies in Ukraine, including financially, it will be extremely difficult to maintain American influence in the republic among a disillusioned population and the aggressive battalions preaching the ideas of the Nazi outlaw Bandera should consider fleeing the country.

Objective data suggests that the current American government is weak and it is far from certain that the current US President Joe Biden will be re-elected for the next presidential term. In that sense, looking at the situation from this angle, it makes little sense for Russia to rush things and seize every opportunity in the negotiation process. If it is very likely that the Democrats will be replaced by the Republicans very soon, then we should talk to them. 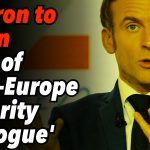 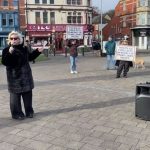