Authored by Glenn Greenwald via greenwald.substack.com,

(From ZeroHedge) Two of the television outlets on which American liberals rely most for their news — NBC News and CNN — have spent the last six years hiring a virtual army of former CIA operatives, FBI officials, NSA spies, Pentagon chiefs, and DOJ prosecutors to work in their newsrooms. The multiple ways in which journalism is fundamentally corrupted by this spectacle are all vividly illustrated by a new article from NBC News that urges the prosecution and extradition of Julian Assange, claiming that the WikiLeaks founder, once on U.S. soil, will finally provide the long-elusive proof that Trump criminally conspired with Russia.

The NBC article is written by former FBI Assistant Director and current NBC News employee Frank Figliuzzi, who played a central role during the Obama years in the FBI’s attempt to investigate and criminalize Assange: a rather relevant fact concealed by NBC when publishing this. But this is how U.S. security state agents now directly control corporate news outlets.

During the Cold War and then in the decades following it, the U.S. security state constantly used clandestine measures to infiltrate U.S. corporate media outlets and shape U.S. media coverage in order to propagandize the domestic population. Indeed, intelligence agencies have a long, documented record of violating their charter by interfering in domestic politics through formal programs to manipulate U.S. media coverage.

In 1974, The New York Times’ Seymour Hersh exposed that “the [CIA], directly violating its charter, conducted a massive, illegal domestic intelligence operation” which included “assembling domestic intelligence dossiers” and “recruiting informants to infiltrate some of the more militant dissident groups.” The Senate’s Church Committee report in 1976 concluded that “intelligence excesses, at home and abroad, were not the ‘product of any single party, administration, or man,”; rather, “Intelligence agencies have undermined the constitutional rights of citizens primarily because checks and balances designed by the framers of the Constitution to assure accountability have not been applied.” A 1977 Rolling Stone exposé by Carl Bernstein — entitled “The CIA and the Media” — revealed “more than 400 American journalists who in the past twenty-five years have secretly carried out assignments for the CIA” — including the most influential news executives in the country: William Paley of CBS, Henry Luce of Time Inc., Arthur Hays Sulzberger of the New York Times. Bernstein laid out how sweeping the CIA’s commandeering of mainstream media outlets was:

Some of these journalists’ relationships with the Agency were tacit; some were explicit. There was cooperation, accommodation and overlap. Journalists provided a full range of clandestine services — from simple intelligence gathering to serving as go-betweens with spies in Communist countries. Reporters shared their notebooks with the CIA. Editors shared their staffs. Some of the journalists were Pulitzer Prize winners, distinguished reporters who considered themselves ambassadors-without-portfolio for their country.

Most were less exalted: foreign correspondents who found that their association with the Agency helped their work; stringers and freelancers who were as interested it the derring-do of the spy business as in filing articles, and, the smallest category, full-time CIA employees masquerading as journalists abroad. In many instances, CIA documents show, journalists were engaged to perform tasks for the CIA with the consent of the managements America’s leading news organizations. The history of the CIA’s involvement with the American press continues to be shrouded by an official policy of obfuscation and deception. . . . By far the most valuable of these associations, according to CIA officials, have been with The New York Times, CBS, and Time Inc.

In 1996, the Senate Intelligence Committee issued a lengthy report entitled “CIA’s Use of Journalists and Clergy in Intelligence Operations” after “the House of Representatives [took] a vote on the subject as to the prohibition of use of journalists and others by the CIA.” In 2008, The New York Times’ David Barstow won a Pulitzer for exposing the Pentagon’s secret plot to disseminate Defense Department talking points by placing former officials as “analysts” at each news network who, in secret, coordinated their claims. In 2014, The Intercept obtained the CIA’s communications with journalists through a FOIA request and discovered that national security reporter Ken Dilanian routinely submitted his drafts about the CIA to agency officials before publication; his newspaper at the time, The Los Angeles Times, pronounced itself “disappointed” and said he may have violated the paper’s rules, but he was promptly hired by the Associated Press and now covers the intelligence community for . . . NBC News.

Revealingly, none of those multiple Congressional and media exposés deterred the CIA and related agencies from contaminating domestic media coverage. Over the last six years, the opposite happened: this tactic has accelerated greatly. U.S. security state services now not only shape but often control news coverage — not by clandestine tactics but right out in the open.

This career path from the Deep State to NBC/CNN is now so common that those who are fired in disgrace or resign immediately show up on their payroll. As but one illustrative example: on February 2, 2018, FBI official Josh Campbell wrote a self-serving op-ed in The New York Times flamboyantly announcing his resignation over alleged interference by Trump officials; two days later, CNN announced it had hired Campbell as a “law enforcement analyst,” where he continues to “report the news.” In 2018, the DOJ’s Inspector General concluded that McCabe, while serving as former FBI Deputy Director, had lied to the Bureau about his role in the leaks; CNN then hired him.

The reasons this is so dangerous are self-evident. Allowing the U.S. security state to shape the news converts media outlets into a form of state TV. As Politico‘s Jack Shafer wrote in 2018 under the headline “The Spies Who Came Into the TV Studio”:

Standard journalistic contributors—reporters, anchors, editors, producers—pursue the news wherever it goes without fear or favor, as the famous motto puts it. But almost to a one, the TV spooks still identify with their former employers at the CIA, FBI, DEA, DHS, or other security agencies and remain protective of their institutions. This makes nearly every word that comes out of their mouths suspect.

These security state agencies were created to lie and spread disinformation; allowing them to place their top operatives at news outlets obliterates even the pretense that there is any separation between them and corporate journalism. Worse, it requires these media outlets to pretend they are adversarially reporting on agencies which their own colleagues recently helped run. And, worst of all, it creates a massive conflict of interest whereby news “analysts” are commenting on stories in which they played central roles in their prior, often-very-recent life as a security state operative — as happened repeatedly during Russiagate when people like John Brennan were “analyzing” investigations for NBC News which they helped launch or of which they are targets. (…more) 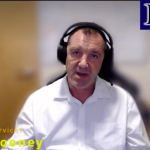