Yet Another Media Tale — Trump Tear-Gassed Protesters For a Church Photo Op — Collapses.

No one can claim that Greenwald is a fan of Trump, and several times he has criticized the former US president sharply.

Greenwald starts his article with the following two paragraphs:

For more than a year, it has been consecrated media fact that former President Donald Trump and his White House, on June 1 of last year, directed the U.S. Park Police to use tear gas against peaceful Lafayette Park protesters, all to enable a Trump photo-op in front of St. John’s Church. That this happened was never presented as a possibility or likelihood but as indisputable truth. And it provoked weeks of unmitigated media outrage, presented as one of the most egregious assaults on the democratic order in decades.

This tale was so pervasive in the media landscape that it would be impossible for any one article to compile all the examples. “Peaceful Protesters Tear-Gassed To Clear Way For Trump Church Photo-Op,” read the NPR headline on June 1. The New York Times ran with: “Protesters Dispersed With Tear Gas So Trump Could Pose at Church.” CNN devoted multiple segments to venting indignation while the on-screen graphic declared: “Peaceful Protesters Near White House Tear-Gassed, Shot With Rubber Bullets So Trump Can Have Church Photo Op.”

Below, you can see how Greenwald published a segment from CNN to show how fake their narrative is. Duraners, even if you do not like the lies of CNN, please give this video a thumbs up because this is actually Greenwald debunking CNN.

In previous years, I have also been a writer for The Associated Press, and in my CV I wrote that I was regularly published in newspapers like the New York Times and Washington Post. I have never lied in my reporting, but I have removed this about the NYT and WaPo. Unfortunately, they are now a part of the #fakenews narrative, especially with tweets like this one:

The New York Times on Twitter: “This was the scene outside of the White House on Monday as police used tear gas and flash grenades to clear out peaceful protesters so President Trump could visit the nearby St. John’s Church, where there was a parish house basement fire Sunday night https://t.co/nFrCqYpqZR pic.twitter.com/DVP11iiVIh / Twitter”

This was the scene outside of the White House on Monday as police used tear gas and flash grenades to clear out peaceful protesters so President Trump could visit the nearby St. John’s Church, where there was a parish house basement fire Sunday night https://t.co/nFrCqYpqZR pic.twitter.com/DVP11iiVIh

Please share Glenn Greenwald’s original article on social media, subscribe to his email updates, and support his journalism if you are able.

Donald Trump ‘pretending’ to be a president … what .. as in a CNN ‘reporter’ pretending to be a journalist. If the president’s actions made the church visit into a ‘reality show’, what does that make CNN? The Big Lying Propagandising Brother House, maybe?

So I am suppose to believe that police used teargas and flash grenades to clear out peaceful protestors because a contractor was going to install a security fence? This started at 6:32pm and curfew was at 7:00pm. I am still haunted by the protesters being chased and beaten. Why the sudden, aggressive, violent police attacks on innocent civilians in America over a fence installation? Doesn’t make sense. 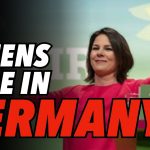 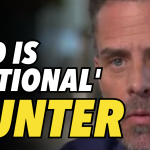