Gold’s meteoric price rise is more about the US dollar’s crash far more than sovereigns and central banks just hoarding gold.  Check out the one-month US dollar index here:

But why would Mnuchin’s Treasury and central banks allow the dollar to crash? At this point only insiders know, and we plebs will have to wait to learn. My prediction is that the dollar US will slide into the DXY 70’s before stabilizing, in which case gold has a long way to run.

Tangent to that, sources say China is purchasing oil from Iran using gold.  One related article appears on oilprice.com which is accurate enough, although the article blasts China and doesn’t mention gold.

While building an inventory of cheap oil from Iran, China maintains gold reserves by divesting long-held US equities – mostly Treasury’s – and leverages the gold carry trade to replenish and hoard gold. China has (by proxy) reportedly been standing for delivery on COMEX gold contracts too* however the Shanghai Gold Exchange trades substantially more real bullion than the COMEX does.

So… why would China hurt the US dollar now? Many years after US industry capitulated and hypocritically sold itself to China, China was goaded into a trade war by the current regime and now that trade war has become ever more political. The Russian Federation is following suit, also hoarding gold, while leveraging the carry trade to hurt the dollar and evade Mnuchin’s Treasury sanctions and the US weaponization of the dollar.  So, China and Russia can evade US Treasury sanctions to some degree via gold, trading gold in lieu of dollars. That of course drives up gold and the USD down.

But if the  Central Bankers have lost control — which has been argued since the Fed’s REPO scam of late 2019 – then we face a potential monetary crisis unlike any seen in the US since 1934. But this time the monetary crisis will be far worse, since it will be a global crisis.

Like Keynes, Modern Monetary Theory dogma says gold is a barbarous relic. But that barbarous relic is effectively destroying the fantasy of Warren Mosler’s MMT.  With the captured US Congress about to pass a second highly inflationary free-money bill to cost trillions more in fantasy funds, gold looks very attractive as a solid repository too for rapidly inflating US inflationary dollars.

Some commentators – especially MMTer’s — deny that sovereign gold trading exists, simply illustrating how crazy the world of disinformation has become.  But the real question is whether the Fed, Treasury, and their lackey Primary Dealers and assorted Bad Actors (like Black Rock) have truly lost control of their ability to manipulate gold.  If so, that’s a real problem for the Rulers of the Planet.

From monetary canary in the fiat coal mine, gold may morph into Shiva a transformer of worlds, proving that no corrupt Captured State can rule forever.  The danger here is that flailing Empire – in steep and rapid decline – will historically lash out via war and aggression to an even greater extent that it has, like a mad dog cornered.

As written about here, to the current regime’s credit it has just maintained the warfare state’s status and not engaged in significant new aggression since 2017, with the exception of the US assassination of General Suleimani.

But whether the current US regime prevails in November or a new one is elected, gold’s Shiva will be the harbinger of dramatic change: the destroyer of fiat, by decree.

*Officially China doesn’t trade gold on the US COMEX; in China COMEX gold futures can only be traded on the Shanghai Gold Exchange.

Steve Brown: author of “Iraq: the Road to War” (Sourcewatch) editor of “Bush Administration War Crimes in Iraq” (Sourcewatch) “Trump’s Limited Hangout” and “Federal Reserve: Out-sourcing the Monetary System to the Money Trust Oligarchs Since 1913”. Steve is an antiwar activist, a published scholar on the US monetary system, and has appeared as guest contributor to The Duran, Ron Paul Institute, and Strategika51. twitter: @newsypaperz

I understand a huge of amount of gold has been transferred recently to COMEX as dealers increasingly wants settlement in the real thing rather than financial instruments that have been used to keep the price artificially low for decades. Anyone depositing gold in the US – especially nations holding it with the Fed – can expect to have it requisitioned if there’s a currency crisis. I just wonder whether this might be triggered in October as the final coup de grace for the Trump presidency? He can then be blamed for the crisis and if by some fluke he wins,… Read more » 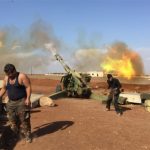 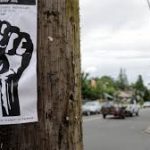