Most voters wished the best for Trump, hoping that he may represent perhaps a corporate version of Ron Paul: that Trump will end or limit damaging foreign interventions. That he may roll-back the worst excesses of the central bank and corporate conglomeration which has so damaged US industry via the export of jobs/industry for many years. That he would improve relations with the Russian Federation. That he might ease the incestuous relationship between the United States and Israel.

Likewise, that Trump would improve the real economy instead of bloating Wall Street. That he could somehow limit damaging illegal immigration.  That, in spite of promising higher military spending, he might focus on pressing issues with regard to health, education, housing and infrastructure while Kushner may somehow come up with a real peace deal for the Middle East. Now in 2020, if asked to describe any positive development since 2016, we may highlight the following:

There has been no major terror attack in the United States since the 2015 San Bernardino attack, likely due to a sea-change in alignment between the Muslim Brotherhood and radical elements supported by Saudi Arabia since then [2] unrelated to US domestic policy vs terror. If so, then Kushner-Trump have benefited by that consequence.  It is intriguing too that the Trump campaign has not touted its potential success in preventing any major terror attack since San Bernardino.

Trump has — to his great credit — kept America out of any new foreign war… for example with Iran. Or Venezuela.  Even so, the US regime has expended billions to destabilize Syria, and funded killing fields in Yemen and Libya as an extension of Clinton’s “Arab Spring”. Clinton’s idea was to destabilize the Middle East so that resistance to US domination — particularly pipeline domination — could not be effectively organized, either politically or militarily.

The 2011 ‘Arab Spring’ (correctly: nightmare) coincided with weaponization of the US dollar, a weaponization that has greatly accelerated since 2017 under Secretary Mnuchin. Rather than rely on outright military aggression as the US did in Korea, Vietnam, Cuba, Cambodia, Laos, Afghanistan, Iraq, etc, Treasury Secretary Mnuchin’s weaponization of the dollar (via sanctions) has replaced traditional US military aggression.  At the 2019 Doha Forum in Qatar Mnuchin said, “The reason why we’re using sanctions is because they are an important alternative for world military conflicts. And I believe it’s worked.”

Contrarily, the United States has been unable to effectively sanction either Russia or China, and its sanctions versus Venezuela, Cuba, the EU, Iran, and Syria have certainly hurt the populations there but gained little traction for the United States in terms of political favor. In the long run, US sanctions harm international commerce and isolate the United States, especially if Trump-Kushner win a second term while continuing to challenge China.

The Black Swan of course is this contagion, which has caused Secretary Mnuchin and Chairman Powell to adopt elements of Modern Monetary Theory as their lord and savior.  Trump’s Modern Monetary Theory is the mantra that governments may issue as much currency as they please. The Trump-Kushner version of MMT leaves out the unachievable progressive variation where full employment, governmental efficiency, and a shift away from military spending to healthcare, housing, and education are all necessary to make MMT viable.

While MMT and the Mnuchin MMT Doctrine now embody US monetary policy, the caveat is a rapidly rising gold price.  The focus on gold highlights severe depreciation of the US dollar.  MMT is certain to result in high inflation where US ‘stimulus’ packages are seen as inflationary, moving gold higher. The Fed’s actions since 2009 have inflated Wall Street share prices even though mainstream economists maintain headline inflation is low. The resultant potential for a continued slide in the US dollar index is especially important for gold prices.

Meanwhile both China and Russia are stockpiling gold. China has made noise in the background about partially backing its yuan with gold… just as the Swiss once partially backed the old swiss franc with gold: 40 then 20 percent – they stopped by 2000. The yuan has become more freely convertible and internationally recognized in financial transactions.  That weakens the dollar, when China has kept the yuan artificially weak in relation to the US $ to support China’s economy.

But the big push for gold is likely due to near-zero COMEX stock in registered gold reserves. One year ago the COMEX quit reporting real registered gold reserves via 24hr charts. It was a suspicious move and seems things have come to a head. Meaning more gold traders stand for delivery instead of ‘rolling over’ to new contracts every month.  China’s purchase of gold contracts and demanding delivery — usually gold traders don’t — could be one way to hurt the USD$ in the trade war, too.

Another factor, COVID has shut down some mines and production facilities, and shut refineries, especially in Switzerland. There have been issues wrt flying gold around from producers due to Covid too. These factors provide the perfect storm for gold but there are many more elements we don’t know about, related to the gold carry trade and central banks.

None of the above is highly visible because the public must remain in the dark about the importance of gold in global trade and finance.  As we discovered in The Secret World of Gold ,  gold plays a most significant role in sovereign trade and collateral and that’s why central banks hoard it. [3]   Physical gold holdings represent the wealth of a sovereign but not necessarily its populace, unless the populace holds gold too.  That’s why India has assiduously worked to limit the amount of gold its people may hold, to prevent competition with and debasement to the Indian currency.

One fearful prospect for US leaders is reawakening of general public interest in real gold holdings. Its important role in personal wealth and global dominance of commerce — that gold is a true store of value while paper currency is not – has been hidden from the public since the Nixon Shock. A resurgent popular demand for gold provides competition for central banks, illustrates the increasing worthlessness of the currency, the ongoing debasement of the US dollar, and may ultimately threaten the dollar US position as global reserve currency.

Contrarily, Trump’s limited hangout just nominated gold bug Judy Shelton to the Federal Reserve quango. Shelton says making America great again means its money must be made great again, too. The Trump-Kushner base loves that message, diverting attention from Mnuchin-Powell issuing US currency to infinity and with abandon.

All Economic Realists know that there can be no return to a full US gold standard… without a complete global monetary meltdown that will see the end of the US dollar system as reserve currency, in tandem with a Westphalian nation-state reversion to mercantilism and the end of globalism.  Any posturing otherwise is pure showmanship.

Meanwhile Trump-Kushner preside over a culture, society, and economy in serious decline [4] where the Warfare State opposition – ie Democrat party — fares no better. Democrats are in fact, in some respect, far worse.  At least Trump provides some sort of hangout while a large cadre of bloodthirsty Democrats hypocritically pander to their Great Unwashed by any condescending means possible. These Democrats are fully in the pocket of conglomerates, Wall Street, Neoliberalism and the Warfare State. At least Trump can speak to his Deplorables — no Democrat can.

All of the above spells big trouble.  Even though Dr Evil and Chairman Powell now hand out free money and bloat Wall Street share values beyond all reason, real people have experienced serious issues regarding America’s industrial decline for many years. The financialization of the economy — which began after the Nixon Shock — and evisceration of US industry has resulted in serious long-term polarization of the US populace with endemic, deep-rooted, and very dangerous prejudicial belief systems pushed by a corrupt corporate mega-media.

Now the disaffected minority consists mainly of young unemployed and unemployable, described as ‘the left’ although ideological motivation is lacking.  If ideology ruled they’d demand the renaming of Dulles Airport instead of pulling down Junipero Serra’s statue. Ironically, the prior populist revolt vs the central government that brought Trump-Kushner to power is now representative of the Central Government in control, with all others left to riot in the face of non-existent opposition to the Trump-Kushner regime.

Polarization and lack of opportunity has resulted in civil unrest which looks to be serious and growing in some American cities. In true Trump-Kushner Limited Hangout style, Trump has ordered federal troops to quash riots in a scenario not seen since Major McFarlane’s put down of the Whiskey Rebellion.  The irony of Alex Jones cheering on federal black helicopters in US cities to arrest rioters on behalf of Trump-Kushner’s ‘populist regime’ is certainly rich.

Now the regime urges markets ever higher with Mnuchin-Powell at the helm to guarantee a V-shaped recovery in this electoral season, while appointing a gold bug to the Fed. Qanon fantasies and Federal troops – perhaps contractors – invade US cities on the pretext of protecting federal buildings while doing nothing of the kind.  No talk of saving the Constitution here. The regime taunts China knowing that the financial powers who own America largely gave US industry away to China fifty years ago.

The regime bows to Israel and recognizes annexation of the Golan and delivery of the Jordan valley to an indicted criminal.  US foreign policy continues amok with Mike Pompeo strutting his bloated stuff. Tempers flare and the population sets upon itself, urged on by a deeply corrupt media, an undrained Beltway cess pool in collusion with a fully dysfunctional Central Government.  Is that what a populist revolution looks like?

Well at least we have no new war – for now. And can be assured that the Democrat opposition is no better. And perhaps even worse. Meanwhile I’d expect gold – real gold – to march ever higher.

Steve Brown: author of “Iraq: the Road to War” (Sourcewatch) editor of “Bush Administration War Crimes in Iraq” (Sourcewatch) “Trump’s Limited Hangout” and “Federal Reserve: Out-sourcing the Monetary System to the Money Trust Oligarchs Since 1913”. Steve is an antiwar activist, a published scholar on the US monetary system, and has appeared as guest contributor to The Duran, Ron Paul Institute, and Strategika51. twitter: @newsypaperz

What a mess. No wonder gold shines. 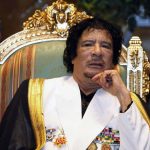 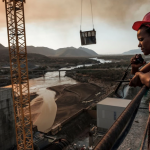