Foreign Minister tweets: “Ethiopia will have all the development it wants from it. In fact the Nile is ours!”

A week ago Ethiopia took the hugely controversial step of initiating filling the reservoir behind the ‘Great Ethiopian Renaissance Dam’, further enraging Egypt which says the project will devastate its economy, farming, and ecosystem bound up with the Nile River downstream.

Ethiopia days ago added further fuel to the fire when the country’s foreign minister tweeted in the national language, Amharic, that “The Nile is Ours”. 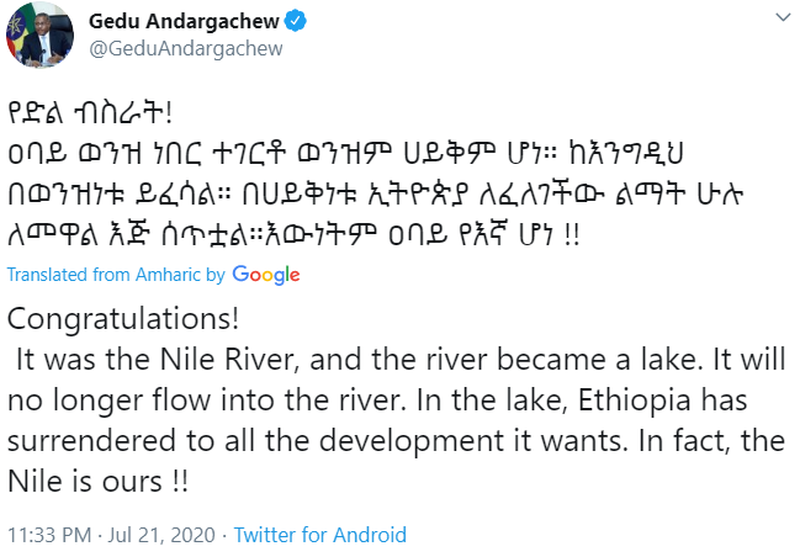 International reports suggest the Ethiopians plan to fill the dam’s reservoir within a period of three years.

Once the effects of the dam are felt by the Egyptian population, which some analysts fear could lead to famine given the central importance a healthfully flowing Nile plays to to Egyptian agriculture, Cairo will be pressured to possibly take military action. Andargachew’s tweet has certainly intensified the standoff.

Needless to say, the Nile has been Egypt’s lifeline for thousands of years and the largely desert climate country’s greatest natural resource.

It is estimated that some 85 percent of the water reaching Egypt comes via the Blue Nile tributary. But this is precisely where Ethiopia has constructed its massive dam.

The dam is an officially funded project of the Ethiopian government.

On Wednesday, Ethiopian Prime Minister Abiy Ahmed confirmed that his country had achieved its target of filling the reservoir behind the dam with its first 4.9 billion cubic metres of water – days after its neighbours Sudan and Egypt raised objections against doing so.

“The completion of the first round of filling is a historic moment that showcases Ethiopians’ commitment to the renaissance of our country,” Ahmed said.

The Ethiopian foreign minister’s tweet was met with fierce public reaction in Egypt, where public figures have even threatened that only eventual war could solve the crisis. 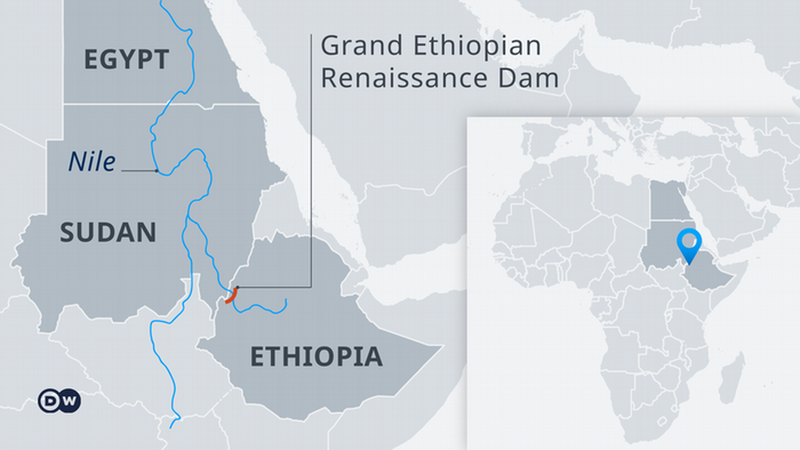 Various countries influential in the region such as Russia and China have facilitated talks in recent years.

On the prospect of talks, we recent featured the following commentary from a Russian report on talks at Sochi: “The next round of negotiations is likely to end with nothing. It is no longer possible to stop Ethiopia from its chosen path, with any international pressure. And Egypt, long ago, lacked the tools to exert such pressure on Addis Ababa. Things are moving towards war, and what can only be postponed for several years until the project works at full capacity, and its real consequences will appear on public life in Egypt.”

First of the water wars is in its way. Mad Max Fury Road here we come.

Time for Egypt to take military action. This can’t be allowed to devastate Egyptian agriculture and society.

I checked the map. From Ethiopia flows the Blue Nile river which is much smaller than the White Nile river coming from Uganda, so the Nile cannot dry. Anyway an agreement between countries would be a much better choice for everyone than arguing.

If the geographic roles were reversed where Egypt is upstream, would she respect Ethiopia’s downstream concerns? Or would she say, “Fuck you dumb Africans! You are not our equals! God dammit, we’re descendants of the Pharaohs, so we WILL fucking build a dam or anything we choose along the Nile. Besides, we reject the treacherous colonial British treaty that gave you downstream overpopulated maggots too many water concessions.”? Is there a racial dynamic in this upcoming water war? I believe so. The crooked Brits literally screwed Ethiopia & other black upstream Nile River countries in favour of Arab Egypt. It’s… Read more »

Thats abit like saying the Scots are homless scroungers..

Read a little history dude,the Ethiopian civilisation is almost as old as Egypt,their ancestors even fought in the Trojan war,they are hamitic people that are even mentioned in the bible..p.s.,historically most wars were fought over resources,e.g.,The Punic wars.. 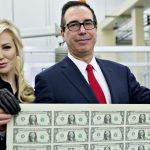 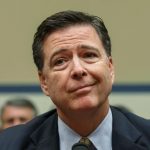