Germany is ready to boost its military mission in Lithuania in response to Russia’s invasion of Ukraine, German Chancellor Olaf Scholz said during a visit to Vilnius.

“We will defend every centimetre of NATO’s territory. We are ready to strengthen our engagement and to develop it towards a robust combat brigade,” Scholz told reporters after meeting with Lithuanian President Gitanas Nauseda and the prime ministers of Latvia and Estonia.

German government sources said Berlin would earmark one combat-ready brigade with some 3,000 troops that could be deployed quickly to defend Lithuania if necessary.

This could be followed by expanding the multinational German-led NATO combat unit in Lithuania to the size of a brigade in the longer term.

Nevertheless, the likelihood of the implementation of German plans to expand its presence in Lithuania looks elusive. The German army – the Bundeswehr – itself has severe shortcomings in equipment after decades of attrition following the end of the Cold War. At present, the Bundeswehr, has not a single constantly combat-ready brigade to defend German territory.

Because it worked so well in Ukraine. Mission accomplished?

This is the largest gathering of Nazis and their ideology since end of ww 2
Ok led by Germans, who else

Apparently Germany has wonder weapons that it dosen’t want to supply to Ukraine because they Ukies would invade Russia and take over Moscow. If they are that good why dosen’t Shultsy baby use them to take over Russia his self. Total B/S.

This is an escalation of absurdity and Western “leaders” can’t even see how ridiculously self-destructive their actions look to the rest of the thinking world, let alone recognize the impending consequences. They just keep digging that hole deeper. 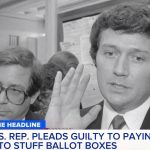