The only high-income country that’s among the 20 least-worried about global warming is the United States. According to the first-ever worldwide poll of the public’s concern about global warming, the Lloyd’s Register Foundation World Risk Poll, by Gallup, in 142 countries, the following 20 nations have the world’s highest percentages of people who say that climate change is “no threat at all,” and the per-capita GDP is shown here for each:

U.S is 8.25 times the average per-capita GDP of all the other 19 countries.

The Lloyd’s Register Foundation World Risk Poll summarized by reporting that this is the breakdown of the global public, all 150,000 survey respondents in all 142 countries, who were asked “How much of a threat is Climate change?”:

So, for example, that 13% “Not a threat at all” compares as being 62% of the 21% in America. Or, according to this measure, the world-at-large is 54% more worried about climate change than Americans are. Nonetheless, 73% of Americans view climate change as a serious threat. Obviously, that figure is far higher in most other countries.

Furthermore, the countries that are projected to suffer the most from global warming are the ones that are the nearest to the equator, which includes most of the 20 who worry the least about global warming. The most comprehensive projection yet to the year 3000 (which is a dense 100-page document) indicates that if no action is taken, then average global temperatures will rise about 3.5 degrees Centigrade or 6 degrees Fahrenheit by the year 2100, and that if action is taken to restrain global warming, then those amounts of temperature-rise still could be reached by the year 2300. The analysis ignores what the effects of this would be on agriculture, food, and famines. Therefore, many of the important changes which will occur are completely unknown, and, essentially, ignored. Basically, there are such a multitude of feedback loops, so that scientists simply aren’t projecting; many of the most important questions are unaddressed, at this stage. For example, “there is much uncertainty and no consensus about what dynamical changes could occur in the Antarctic Ice Sheet” (which is one of the simpler questions). Man is changing the climate, but what the impacts will be from this are mainly only vaguely known, and, largely, not even yet being guessed-at. The questions that are being asked in polls concern only what the impacts might be within the next decade or two, or until the century ends. The presumption is that people care little, if at all, about what the planet will be like hundreds of years from now, much less a thousand years from now. The presumption is that people really don’t care about their descendants, but only about themselves, and maybe about their children (just a little — and not, at all, about their children). In the 20 countries that are listed here, it is clear that people care even less about the long-term future welfare of the people and other animals on this planet, and even for the continuing habitability of this planet. So, scientists, even ones who specialize in climatology, are concerned only about the near-term future. The long-term future is basically being ignored by people living today, though the decisions they make are shaping it.

Seeings how it’s proven a money scam, and AGW warming couldn’t heat pop tarts, as shown and documented by non corrupt climate scientists within days of every ipcc report issued going back to the 90s. maybe Americans are smarter than I give them credit for? If you start talking ice age and pole flip, I’m your guy though as that shit is fucking real as it gets, as is the coming nova on our Sun in Clockwork conjunction with above.

Its not global warming (fake news) we need to be worried about, it’s global cooling.

The theory of man made global warming is a fraud, although human activity obviously can impact the environment. Polls should be taken with a grain of salt. The psychological warfare carried out against the population regarding this matter, among others, should also be noted or factored in.

Global warming is real, but it is probably a good thing. CO2 fertilization Of plant life is a boon to both Agriculture and generally life on the planet. The countries that should be the most skeptical are Russia and Canada, who will benefit greatly from a warmer Earth, since most of the warming is in the polar latitudes.

“Global warming” is a myth, just like the “climate crisis” the left wants to keep us believing in so that the controllers can take billions if not trillions of our money for its various clever ideas to meet and offset that “crisis” — and leave us in the cold: literally, since we’re headed for a mini-ice age similar to the one in the Middle Ages. Go do some research on Grand Solar Minimum, and see how the sun, and solar activity (or lack of it) is calling all the shots — not man. 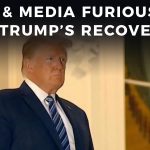 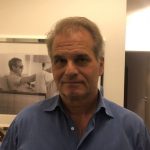