Hallelujahs echoed across the Blue Media late last week when the news broke that Donald Trump tested positive for coronavirus.

For four years the president had foiled every ambuscade set along his path by a morally-inflamed, predatory Resistance, and each time he beep-beeped his way around the trap. But, now, with a little help from a pitiless universe, they had him! A gazillion tiny, viral assassins were stealing through his bloodstream like so many microscopic jihadis, primping him for an agonizing death: his alveoli withering, red corpuscles robbed of their vital O2, pink foam issuing from his nostrils, toes and fingers turning blue-green — and most deliciously of all, he’d remain conscious of his imminent defeat, of the life (which he’d never deserved in the first place) draining by degrees from his wicked, orange, bloated, supine carcass…

Except… wait a minute… what the hell…? How could it be! Late Sunday he somehow arose from his bed-of-death, ordered pizza (with meat!) for a thousand imps and demons camped outside Walter Reed Hospital, and walked under his own power (!) into a limousine to take a ride around the block and wave at his unholy minions! The cheek of this man!

Very amusing,i guess rumours of the president’s demise have greatly been exaggerated,well the Donald has good genes and was actually quite a physically fit man in his prime,he doesn’t drink or smoke,though apparently likes a cola and a cheese burger.. I like his job,he is a fighter to the end,those never Trumpets and liberal elite can just go back and tear their hair out ,I can’t wait to see all those liberal woke folk cry and cry when he wins again,boohoo (:

I usually don’t go over the edge endorsing products but, the Patriot Legacy flashlights exceed all standards set by other flashlights. I’ve heard it said that a flashlight is a metal tube in which you store dead batteries. Not any more! The solar recharging of these batteries is amazing. It doesn’t have to be by the Sun; a 100 watt lightbulb will work also. Initially, I purchased two. After I received and tested them, I ordered two more for our cars. Alexander is a great salesman but, even his skilled presentation doesn’t fully convey what a great product that this… Read more »

This was a very skilful move by DT and had no doubt been planned way in advance. More difference should be drawn between infections and positive tests. We know the PCR isn’t fit for purpose and usually turns up around 80 per cent false positives so that proves nothing. When you have any illness you feel ill, you have symptoms, etc. and if it’s not important, such as colds or flu, you let the immune system do its work. So doing a fake test on people who are well proves nothing at all. Clever election move, but make no mistake,… Read more »

More likely this was one of crazy Nancy’s arrows from her quiver. 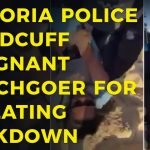 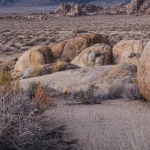