Apple will allow controversial social media app Parler back onto the iPhone App Store, according to a letter released Monday by Rep. Ken Buck, R-Colo. Apple removed the app in January after Parler was used to publicize the Jan. 6 U.S. Capitol riot when the app’s content featured calls for violence and other illegal activity.

Looks nice and warm there Alex.

At least you get plenty of sunshine.

I’ve tried this evening at GMT 18.00. I get a message saying they have had 2billion people trying to access it! Maybe it’s just overwhelmed?

I logged on to Freespeech.com without any problem on Monday night and Tuesday afternoon. I am in the USA, so perhaps the site is being careful with overseas accounts.

Correction: I should have written “Frankspeech.com.” Freudian slip there.

They have said it will be open it up to users to upload profiles… but it will take sometime. Lots of demand for free speech. Apple thinks people will go to Parlor and opened it back up… but guess what Parlor F’ed up. We’ll wait for Frank Speech! Let’s get off the Big Tech giant’s sites and tell them to move to China!

Give a little grace. He is really under attack. Lindell is doing what has never been done. I was able to get on….. but it’s under construction. 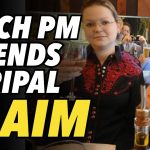 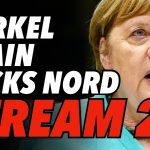