On August 30, a new military camp was opened in Lithuania. It will allow receiving even more American troops in the country. There was also a welcoming ceremony for U.S. military personnel arriving in the country on a regular rotation.

Armored brigade battle group 1/1 ID, known as “Devil Brigade”, participated in the First World War in France, almost five years in the Vietnam War, took part in the war with Iraq in 1990-1991 ., and also stayed in Iraq and Afghanistan in the XXI century.

Rotations of American armored brigades in Europe have become increasingly closed to the general public. This time it was officially announced after the fact when the first equipment had already been unloaded in the Polish port. The name of the ship that delivered the brigade’s equipment was not mentioned anywhere at all, and it was possible to establish it from a random photo on the Internet. There is no detailed data on the deployment of brigade units in Europe.

All this suggests that instead of developing its own armed forces, for which significant budgetary funds are constantly allocated, the Lithuanian leadership by all means lures NATO allies to their land. This fact shows the complete inability of the head of the country to follow his own path of development, as well as complete dependence on the decisions made in the United States.

The more foreign troops will be deployed on the territory of Lithuania, the less opportunities the government will have in making its own decisions. Lithuania is turning into a puppet under the leadership of a person who is not competent in managing his own army and country. 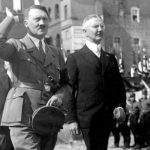 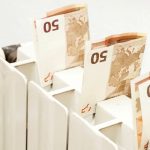