Months before COVID19 was sprung onto the world, warnings of a “financial Armageddon” and calls for a “global hegemonic synthetic currency” were being made by leading figures running the WEF and Bank of England.

These statements had been made by former and current Bank of England Governors Mark Carney and Mervyn King respectively and should not be ignored as the world sits atop the largest financial bubble in human history reminiscent of the 1929 bubble that was triggered on black Friday in the USA which unleashed a great depression across Europe and America.

Anyone trying to promote the idea that COVID-19 is the cause of the oncoming collapse of the $1.2 quadrillion derivatives time bomb masquerading as a trans Atlantic economic are either misinformed or outright liars. While not much can be done to help the later category, the far more numerous members of humanity who find themselves in the first category must be made aware of this fact, and learn some quick elementary lessons in world history. Fast.

During this week’s Coronavirus Investigation Committee hearing hosted by Dr. Reiner Fullmich, Canadian Patriot Review Editor-in-Chief Matthew Ehret was invited to provide a historical backdrop to the time bomb created by radical Malthusians who took over western policymaking between 1968-1972. Just as a generation of baby boomers were coming of age, an appreciated fight was waged between two opposing conceptions of humanity and nature. Where one paradigm was committed to an open system view of economics- premising foreign, cultural and economic policy on the idea that creative discoveries and constant technological progress must governed all strategic planning, the other closed system paradigm held an opposing view that humanity must learn to adapt to scarcity.

This presentation introduces 100 years of economic history and demonstrates that the solutions being proposed to put out the fire by those same arsonists who lit the matches today are identical to what the world faced in 1923, and also in 1933 as a “central bankers” Great Reset was pushed for the world depression driven by fascism, population reduction and world government.

Why the first two attempts at world government failed to succeed, and how this current third attempt may also be prevented is the topic of the following presentation.

What was the rest of the world facing in 1923? I cannot find anything much.

But I seriously doubt they were planning the crash of 1929, Creditanstalt, nor the subsequent downturn that bottomed out in 1932. Nor was there any way to predict FDR or the Nazis would come to power 10 years later. 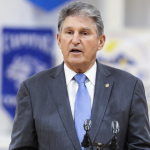