It is a standing joke that politicians are corrupt, but not all are, and some are more corrupt than others. The rumours and tall stories about Donald Trump turned out to be just that, rumours and tall stories but mostly outright lies. The dude actually lost money during his Presidency, and he also donated his salary to the nation. His reward has been endless persecution. There is though plenty of financial corruption in US politics, but what about the UK?

At the moment, the big “scandal” is the Prime Minister holding parties without complying with covid regulations, seriously. By contrast, leading Democrats do as they wish. When Nancy Pelosi booked and kept an appointment with her hairdresser without wearing a mask, she cried entrapment, but covid really isn’t a big thing with regard to financial corruption.

The biggest financial scandal in UK politics of recent years was that of MPs’ expenses which came to a head in 2009. This caused massive outrage but  in 2007-2008, just under $93 million was claimed by 646 MPs. A quick calculation reveals that on average MPs claimed under £1,400 per week. That may sound a lot to someone in a minimum wage job, but when one allows for train fares, subsistence, eating out, and other expenses plus the fact that MPs are not that well remunerated, the outrage generated was grossly out of proportion to the abuse, such as it was.

Back in the 1990s, there was also the issue of cash for questions which led to an unsuccessful libel action by Neil Hamilton against the flamboyant businessman Mohamed a-Fayed. Hamilton had been a Government Minister but ended up on Carey Street. However, he bounced back in a most unusual fashion reinventing himself as a celebrity after he AND his wife were falsely accused of rape by a fantasist/liar.

So what financial scandals have there been in British politics recently? Not a lot, probably a bit of bribery and graft, but if this is related to boosting exports or British companies, why should anyone care?

On the other hand, financial corruption in American politics is beyond the pale. Not only that, it is acknowledged, but because it is overwhelmingly Democrat in nature, no one does anything about it.  The Swamp impeached Donald Trump twice, including over what he called a perfect phone call to the leader of Ukraine. Rather than perfect, this call was bland, and the sort of call any world leader would have made to another, especially if he was concerned about his own nation’s interference in its internal politics. We know now that Trump was right, and that the person who should have been impeached is now sitting in the Oval Office.

Then there was the issue of Hunter Biden’s laptop from Hell, the smoking gun of financial corruption. The FBI has now had this for well over two years, and done what?

Pelosi is the wealthiest woman in Congress. She and her husband are believed to be worth well over a hundred million dollars. It remains to be seen how much of that is due to insider trading. In the UK, insider trading was outlawed by the Criminal Justice Act, 1993. If it is illegal in the United States, no one has told Pelosi.

Last month, she defended insider trading; it’s part of the free market economy, she said, and according to this report, the penalties for those who break the rules are pathetic.

Pelosi’s graft is so outrageous that according to an earlier report, some people have been making a killing by copying the investments of leading Congress people, especially her.

Hillary Clinton’s graft goes back a long way, before she entered politics on her own account. There was the surreal affair of the cattle futures in 1978/9. At that time, she was First Lady of Arkansas,  and even the suggestion that she would one day be First Lady of the United States was just a dream.

The corruption while her husband was President was minimal; the investigation into the two of them was related primarily to their activities in Arkansas. Two draft indictments were actually drawn up on her account but none on his. Eventually, the Republicans settled for charging him with perjury over that disgusting affair of the stained dress. It was not until he left the White House and she was ensconced as Secretary of State that the financial corruption began big time with the laundering of funds through their foundation, in particular selling access. After Hillary was trounced by Donald Trump in 2016, foreign funds to the Clinton Foundation dried up.

By the way, this is how much financial corruption is carried out the world over, especially in politics. This article by accountant Jayson Thornton explains in more detail; check out his YouTube videos too, they discuss all kinds of fraud.

In spite of overwhelming evidence of graft, neither Mrs Clinton nor anyone around her has been charged with any criminal offence. Lower down the food chain it is a different story. Here are a few of the fairly recent convictions of office holders:

Catherine Pugh was Mayor of Baltimore from December  2016 to April 2019; in February 2020 she was given a three year prison sentence followed by three years of probation for complex financial crimes.

The Democrat Mayor of Detroit was a much bigger fish. Kwame Kilpatrick became the youngest ever person to hold that post, in 2001; four year later, he was named one of the worst mayors in America! He resigned following his conviction for perjury and obstruction of justice, serving a short sentence, but in October 2013 he was sentenced to 28 years for a plethora of financial crimes, and would still be behind bars now if Donald Trump hadn’t commuted his sentence on the way out.

Democrat Kelvin Atkinson was a member of the Nevada Senate; in July 2019, he was given a 27 month sentence for fraud and hit with a heavy financial penalty.

The list goes on. Republicans are not averse to a bit of graft either, probably because many of them are RINOs.

Pelosi and most of the Congress do and can act on “insider inormation” because, like so many other matters, Congress has exempted itself from the same laws they have subject the citizenry to. Congressional Members can use the confidential info they glean while acting on matters of state, which, if we obtained that info and acted on it, we’d be SHOT! 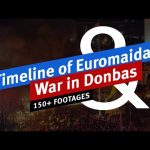