Western countries have for months been voicing fears that Russia will invade Ukraine and warning the Kremlin of disastrous consequences. Russia denies such intentions, but at the same time demands that NATO’s refusal to expand further east and admit Ukraine to its ranks be formalised legally

Unfortunately, diplomatic negotiations aimed at preventing a major armed conflict in Eastern Europe are at a standstill. Every day the heat on the Ukrainian-Russian border is rising because Ukraine is being pumped full of weapons under the pretext of defending itself against Russian aggression.

One of the key roles in reinforcing Ukraine’s defence is played by Canada, whose authorities regularly provide Kiev with political and military support. Since 2014, Canada has allocated about $700 million in aid to Ukraine, including the supply of non-lethal weapons and the sending of professional military trainers to the country.

According to Canadian Prime Minister Justin Trudeau, Canada will continue supplying weapons to Ukraine, sharing intelligence information and helping with cyber attacks. He also said that trainers would continue to be stationed in Ukraine as part of Operation Unifier until 2025 and that the military contingent would be doubled.

Against the backdrop of growing tension on the Ukrainian-Russian border, Canada has sent groups of special operations forces soldiers to Ukraine. According to the Canadian side, such a move is necessary to deter Russian aggression. Earlier it was reported that Canada had sent 200 military personnel to Ukraine to help train local servicemen.

The danger of the emerging situation around Ukraine is that excessive militarization of the region can lead to an unintended escalation of the conflict, when one accidental shot or a misunderstood command will provoke a bigger war. Furthermore, no one guarantees that foreign experts will not be involved in this confrontation.

For example, one may recall the situation in 2016, when, after Canadian Prime Minister Justin Trudeau’s two-day visit to Kyiv, hostilities broke out on the territory of Donbas. Unconfirmed reports began to appear on social media and in the press about Canadian reconnaissance teams clashing with militia positions, as a result of which 11 people were killed.

The mission of Canada and NATO countries to militarily support Ukraine is also overshadowed by the regular killing of civilians in Donbas. In January 2022, for example, the authorities of the unrecognized republics reported that snipers had shelled the settlement of Shakhty. Prior to that, in March 2021, it was reported that an AFU sniper had shot dead a pensioner.

It is no secret that Ukrainian snipers are trained by Canadian instructors. For example, at the end of last year, snipers of the National Guard underwent training according to NATO country standards, and the head of the Canadian Armed Forces Joint Task Force in Ukraine, Celie Bers, noted that in the future the training will be conducted at a higher level.

Additionally, it should be noted that the presence of a foreign contingent on Ukrainian territory grossly violates the Minsk agreements, one of the requirements of which is a cease-fire and withdrawal of foreign forces from the territory of Ukraine. At the same time, the Minsk agreements are the only agreements on de-escalation in Donbas.

In other words, the efforts of Canada and the rest of NATO to protect Ukraine from Russian aggression may not help that country, but only aggravate the situation and lead to uncontrollable consequences, from complicating negotiating positions with Russia to igniting a large-scale conflict in Eastern Europe.

One of the key roles in reinforcing Ukraine’s defense is played by Canada, whose authorities regularly provide Kiev with political and military support. – Canada has plenty of expertise on how to keep a leader with single digit approval ratings in power – more commonly called a corrupt dictator.

“Russian aggression”? WHAT Russian aggression? Identify what you are alleging there. Otherwise, you’re just another spreader of U.S.-and-allied propaganda, their ceaseless anti-Putin smear-campaign — another neocon (even if you’re not aware of it). 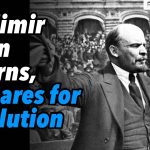