It’s being widely reported that UK Prime Minister Boris Johnson is to circumvent certain parts of the Brexit Withdrawal Agreement negotiated with the EU last year. The internal market bill, published on Wednesday, effectively negates the legal force of parts of the withdrawal agreement in areas relating to state aid and Northern Ireland customs.  It gives the British government the power to unilaterally change some of the arrangements made for the Northern Irish border – the UK’s only land frontier with the EU.  The Johnson government says that such a bill is needed to stop “damaging” tariffs on goods travelling from the rest of the UK to Northern Ireland if negotiations with the EU on a free trade agreement fail. It will be up to Michael Gove, Minister for the Cabinet Office, to persuade EU Commission Vice President Maros Sefcovic, of the necessity of the bill, when he meets with him. However, although the government is adamant the move amounts to little more than a safety net, many have been left unconvinced.

The head of the government’s legal department, Sir Jonathon Jones, has reportedly resigned in protest at the attempt to undermine the Brexit deal, particularly the parts relating to Northern Ireland. Despite government claims the bill is to protect the Northern Ireland peace process, a former cabinet minister told the BBC that the opposite is the case. “I cannot allow anyone to get away with saying the government is doing this to protect the peace process. This does the precise opposite. It is about the internal market in the UK and is more likely to lead to a hard border [between Northern Ireland and the Republic of Ireland] which will imperil the peace process.”

Senior Conservatives, together with EU officials, have warned that such a bill would undermine international law, and therefore negatively affect the UK’s reputation. Tobias Ellwood, chairman of the Commons Defence Committee, stated Britain would “lose the moral high ground” if it was to proceed with the bill.  Tom Tugendhat, chairman of the Commons Foreign Affairs Committee concurred, stressing “Our entire economy is based on the perception that people have of the UK’s adherence to the rule of law’.

The word ‘perception’ should of course be stressed here, as the current government’s record on adhering to the rule of law is rather inconsistent. Why, only last year Boris Johnson illegally prorogued parliament in his plan to push through a No Deal Brexit. Although presented back then as a standard suspension of parliament prior to the Queen’s speech, it was clear the Prime Minister had ulterior motives as the break would have prevented any proper debate of the EU withdrawal agreement, and increased the chances of a No Deal Brexit. Parliament only resumed due to a fight led by Scottish Nationalists in court.

Indeed the Scottish government, which has been consistently opposed to Brexit, and in particular a No Deal Brexit, has its own reservations with the Internal Market Bill.  Scottish First Minister, Nicola Sturgeon, proclaimed yesterday that it was nothing short of a ‘naked power grab’ as it would claim back certain powers which had been devolved to the Scottish Parliament decades ago. She decried it ‘an abomination’ which would ‘cripple devolution’; explaining that it would prevent the Scottish Parliament from legislating over areas such as animal welfare and food safety standards. Scotland may be forced to accept, she said, sub-standard chlorinated chicken imports from the US if a transatlantic trade deal was negotiated with Britain.  Sturgeon vowed to ‘fight tooth and nail’ against Johnson’s proposed bill, but she stressed that Scottish independence would now be the only certain way to defend Scotland’s interests. With polling now at 55% in favour of independence, it seems as if the majority of Scots currently agree with this.

Scottish politicians are joined by their EU counterparts in denouncement of the Internal Market Bill. Commission president Ursula von der Leyen said she was ‘very concerned’ and that it would ‘undermine trust’ during the negotiations with the EU. It’s even been reported that the EU could effectively sue the UK for not adhering to the deal, even before the Internal Market bill was voted for in Westminster. By applying huge fines and sanctions, it would hope to persuade British MPs to vote against Johnson’s bill. With so much opposition to it already, since its announcement on Wednesday, it’s not clear whether Johnson would indeed get the legislation passed by parliament.

Regardless of whether it is passed or not, arguably a certain amount of damage has already been done to the UK-EU relationship. The very proposal of such a bill has been enough to harm relations going forward. Indeed a cynic would argue that Johnson never intended to adhere to certain aspects of the Brexit deal. On the contrary, he has always shown determination to get exactly what he wants on Brexit, and if it means a No Deal Brexit, whereby Britain would have to adhere to WTO rules, then so be it. The withdrawal agreement signed last October was a political move to boost Johnson’s popularity prior to the December election. Last year we were used to Johnson saying one thing but doing the other; despite his claims of wanting to secure a withdrawal agreement, his actions led many to believe he and his band of Brexiteers were intent on a No Deal Brexit. EU sources are now speculating that No Deal is exactly what Johnson wants. Indeed, Johnson himself on Monday said that leaving the EU without a trade deal would still be a ‘good outcome’ for the UK.

That remains to be seen. But what it won’t be good for is trust. Johnson’s unreliability will jeopardise Britain’s overall future at a time when it needs to be forging trade deals in the post-Brexit world. If the UK does not adhere to the agreement, it will unlikely bee seen as a steadfast ally in future. In addition, it bodes badly for the constitutional integrity of the UK as he will lose any remaining trust of the Scottish people. By attempting to pull the wool over their eyes, Britain is set to make more enemies than friends amongst its neighbours in the post-Brexit era.

So they are still pulling the strings of our puppet government just because Theresa May hadn’t the backbone to leave when we voted to leave. Don’t give me this twaddle about OH it has to have this in place and that in place. I wouldn’t mind but the EU didn’t complain about Britain giving it’s pensioners one of the lowest pensions in the EU, but they still wanted a say in everything else.

EU could sue here, could sue there, will get nowwhere. 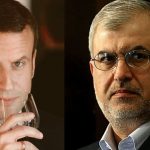 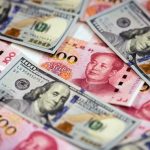