The Chinese currency is expected to increase its 2% share in the world market to somewhere between 5% and 10% within the next 10 years. This could mean that the Chinese yuan will become the world’s third largest currency by 2030, second only to the US dollar and the euro, according to analysts from Morgan Stanley. The yuan achieving a third place position with up to 10% market share within 10 years would be a phenomenal achievement for Beijing, but falls well short of increasing speculation that the yuan will topple the US dollar in only a matter of time.

The analysts, led by Robin Xing, highlight the increasing global demand for Chinese securities from investors. In July, the net inflow of foreign capital in Chinese securities reached $21.3 billion, the highest value since 2014 when statistics began. The total value of securities held by foreign investors reached $360 billion, 13.7% more than in 2019. In addition, according to the company’s report, in 2020 the total amount of portfolio investments attracted to China will be $150 billion, and this annual value will increase to $200-300 billion between 2021 and 2030.

According to the International Monetary Fund, in the first quarter of 2020, the US dollar had a 61.9% share of world reserves. The euro had 20.05%, the yuan had 5.70%, and the pound sterling had 4.43%. There are several factors that limit the yuan’s internationalization, however, the most important is how restricted it is to foreign investors. China has not yet fully opened the yuan to international investors and this severely limits the internationalization of it.

Opening up China’s financial markets would attract more foreign investment, which, in turn, could support high growth rates. On the other hand, Morgan Stanley believe that as China seeks to change the growth model of its economy from exports to domestic consumption, the country will inevitably absorb more than it produces. The Morgan Stanley researchers believe that by 2030, China’s deficit is projected to be 1.2% of its GDP. In this situation, to finance this deficit between 2025 and 2030, China needs a net inflow of at least $180 billion of foreign capital annually, a motivating factor for Beijing’s push for the Belt and Road Initiative.

Foreigners who invest in the yuan in Chinese markets earn higher returns than those who invest in Western markets because Chinese bonds are higher than their Western counterparts. This is the most important factor in attracting foreign investors. Chinese authorities are taking steps to facilitate foreign capital access to the Chinese market, including simplified rules for foreign investors to access the Chinese securities market.

Although at the end 2019 there were approximately 70 central banks around the world holding reserves of yuan, an increase from 60 at the end of 2018, the rapid rise of the Chinese currency and the quick demise of the US dollar that has often been speculated has not yet occurred, and will not in the short-term, according to Morgan Stanley. Michael Pettis, a professor of finance at Peking University, shared the same sentiment, saying “I continue to be very skeptical about any dramatic rise in the [yuan] as a major reserve currency.”

As the petrodollar still dominates the international economic system, the yuan overtaking the US dollar is not foreseeable in the short or medium term. As Saudi oil has played a major role in the US dollar becoming the world’s reserve currency in the aftermath of the 1970’s oil crisis, China would have to convince oil-producing states to sell their crude in yuan’s. Considering how little market share the yuan has internationally at the moment, it is unlikely that oil-producing states will want to switch from the dollar to the yuan, especially considering that the US guarantees the security of Saudi Arabia in exchange for the Saudi’s backing the petrodollar system.

Some have even touted that the digital yuan, which would not be a cryptocurrency as it would be backed by a central bank, could one day topple the US dollar. However, Eswar Prasad, a professor of trade policy at Cornell University, does not believe that a digital yuan would be a “game changer.”

“Because the digital currency is little different from the yuan itself, it will on its own ‘not be a game changer’ that elevates the [yuan’s] role in international finance,’ wrote Prasad. “After all, the Chinese government still restricts capital inflows and outflows, and the People’s Bank of China still manages the [yuan’s] exchange rate. Neither policy is likely to change significantly anytime soon.”

Speculation continues that the collapse of the petrodollar is near and the rise of the yuan is imminent. However, in the foreseeable future, this remains fanciful so long as countries continue to sell oil for dollars and China keeps its restrictions on foreign investors. Short of an unpredictable factor, the yuan does not yet have the means or capability to challenge the US dollar in a serious way just yet. This will inevitably change however in the coming decades as China continues to infrastructurally rise domestically while it creates a network of transportation hubs all across the world that will inevitably lead to a massive increase in demand for the yuan. 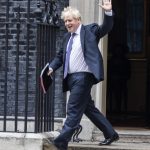 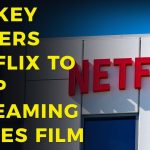