Azerbaijan has never forgotten its 1990s humiliation at the hands of Armenia. Now stronger than its sworn enemy, and emboldened by Turkish support, Baku’s assertiveness is creating a headache for Moscow.

Russian president Vladimir Putin once complained that communist leader Vladimir Lenin had placed a ‘time bomb’ under Russia. He had in mind the introduction of the federal principle after Lenin’s Bolsheviks took power in 1917. Lenin gave national minorities their own republics within the Soviet Union. In so doing, he created a situation which allowed those republics to secede from the Union once communist power collapsed.

Unsurprisingly, many of the smaller minorities were not too happy with this somewhat arbitrary outcome, and attempted to secede from the seceding republics. The result was several wars, the first of which took place in the Nagorno-Karabakh Autonomous Region, an Armenian enclave within Azerbaijan, after it attempted to secede from Azerbaijan and join with Armenia. The war ended in an Armenian victory. Not only did the Armenians drive the Azeris out of Nagorno-Karabakh, but they also captured a swath of Azeri territory linking Armenia with the breakaway region.

Nagorno-Karabakh became a de-facto independent state, albeit one recognized by nobody and entirely dependent on Armenian support. Azerbaijan, meanwhile, has never abandoned its claim to its lost province nor to the territories seized by Armenia. The result has been occasional military clashes between Yerevan and Baku over the past 30 years.

Turkey’s male citizens need to grow a pair & say “enough is enough” with this destabilizing tyrant. In a different era with a different type of citizenry, this terrorist would’ve been tarred & feathered followed by a public hanging for treason.

I’m sick to death of all the middleclass simps who sit back & take it up the ass, day in day out, by frauds like Erdogan.

Yes, I wish Putin had never saved his a$$ during the Turkish coup.

Azerbaijan is not “in conflict” with Russia. On the contrary, President Ilham Alyiev and Russian President Vladimir Putin are good friends. Russia wants to help and mediate in the Azerbaijani-Armenian conflict, nothing else.

That the “whole world” condemns Azerbaijan, is simply not true. This is a merely western point of view, opportunistic and serving self-interests, as usual.

It ıs not true that the World condemn Azerbaidjan who try recover its national territories around Karabag where 1 million Azerbaidjanais were deplaced and live as refugies since 30 years. Shame to you who make propagande and you have any human sensisities

Of cours, bülent. The author of above text clearly takes an anti-Turkish and anti-Azerbaijani stance. The Russian Government has a different take. President Putin is allied with both countries, Azerbaijan and Armenia. Therefore he is in a good position to mediate between the two fighting parties.

Give it a few months and we will find out who is really pulling the strings and pushing the buttons.”Syrian Mercenaries” name change time. 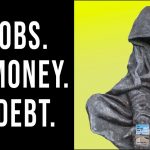 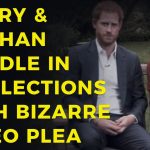