Russian dissident Alexei Navalny offered a lengthy denunciation of Twitter’s decision to permanently ban President Trump saying that it appeared to be “based on emotions and personal political preferences.” Navalny, a ferocious Kremlin critic, only narrowly survived after he was poisoned in August with the nerve agent Novichok by agents of Russian President Vladimir Putin.

Putin and Navalny in cahoots! Who would’ve ever thunk?

Great insights as usual guys. I guess as free speech is guaranteed in the US the only method of shutting Trump down was to use outside agencies, the US has a long history of exactly that. The owners of these companies have been rewarded beyond any imaginable measure and now the bill is being presented. The powers that be in the US have been forced to take these measures, I imagine because they feel they are under some sort of existential threat, either through exposure at home or from the declining position of the US as a world power. I… Read more »

Please Alex! The WWW is not simply social media. The closure of certain social media networks in countries around world does not mean the demise of WWW. And by the way, the WWW was not a US innovation but a European one.

WWW web was established by the U.S. Navy.

Europe does not have the resources or the expertise, then, or now.

“English scientist Tim Berners-Lee invented the World Wide Web in 1989. He wrote the first web browser in 1990 while employed at CERN near Geneva, Switzerland. The browser was released outside CERN to other research institutions starting in January 1991, and then to the general public in August 1991.” This is easily accessible fact if you care to search.

Twitter acted with the full knowledge and cooperation of the USG. Twitter knows it will not suffer any threat from the USG.

If you wanted to make a statement announcing your power & reach, you could not send a more unambiguous message than ‘ripping out the tongue’ of a figure that had been seen as the most powerful man on Earth.

BS article. The last sentence shows the author hate and bias. Not many Duran articles that I say Duran can stick it in theirASS….this is one

you seem to be on some kind of drugs just as Dorsey is, are you?

just by looking at his face, it makes me sick…don’t have to further elaborate 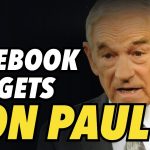 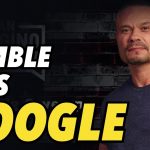