The United States is trying to block Nord Stream 2, the pipeline that would increase Europe’s dependence on Russian natural gas and undermine Ukraine’s position in the continent’s energy markets. But the Merkel government, which has fought strenuously to protect the project, thinks that U.S. opposition to Nord Stream 2 is just about its desire to sell Europe more natural gas.

At least, that’s the reasoning that underlies an extraordinary proposal that the German government apparently made to get the Trump administration to drop sanctions. The Financial Times reports:

Germany offered to spend up to €1bn to subsidise the construction of two liquid natural gas terminals capable of receiving US gas exports in exchange for Washington dropping its opposition to the Nord Stream 2 gas pipeline.”

The Trump administration has opted for an aggressive approach that targets any entities involved in the project. So far, this has been successful, preventing a Swiss company involved in the construction from finishing the final portion of Nord Stream 2.

Oh well the German tax payers will be happy….

At one point the RF was dispatching LNG to Houston.

And of course Houston was dispatching LNG to the Baltic.

Merkel should just tell the US to mind its own business, stop meddling in European affairs, and go home to its own continent.

She must really hate Germany and its people. She licks the boots of the USA to make her own people poorer and swamps her country with Mr and Mrs World, telling the Germans that it is a sound idea. The only people who are making money are the ones that make those silly little jackets that she wears.

Don’t think the US will gain by blackmail. Yes the Germans may go along with this for now, but as the US declines they’ll remember this. The future lies East and one day the US will find all its vassals will turn on them.

Well deserved bad karma for Merkel. She fell for this obvious Skripal 2.0 hoax and stupidly even lend it credibility by not taking action to prevent the propaganda exploitation from the start and being so stupid to even support it.

Merkel’s stupidity and fear of loss of face if she changes her position will now cost Germany’s taxpayers billions wasted on US LNG.

So Merkel and the Germans ‘bottled it’ as they say in soccer. It means pulling out of a 50-50 tackle with one of your opponents in case of injury. The Germans have agreed to pay a starting bid for US LNG at $1 billion. It rather reminds me of the poem by Rudyard Kipling – the Dane-Geld. When the Romans left Britain the eastern coast was at the mercy of Viking and Danish marauders. The only way to get rid of them was by paying them – The Danegeld as it was called. This is what Kipling had to say:… Read more » 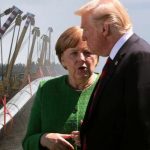 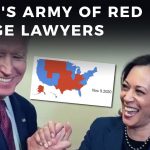