Is there no low that the Democrats won’t stoop to?

Clips by the Trump defense team show that the Democrats manufactured the impeachment evidence to lie for political gain.  Who should be on trial? The Democrats for committing every crime that they accuse others of!  Democrats lie, they desecrate the constitution, due process, democracy, the rule of law, the people’s rights, and the elections.  They use rhetoric and propaganda to incite violence, and they corrupt information through the main stream media, who are as corrupt as them. The Democrats have no moral standing. Their actions have been proven again and again to be a disgrace and devoid of integrity.  All Politicians should be investigated and impeached to rid us of this cesspit. There is something very wrong in Washington DC and both sides are infected. Anyone who thinks that the Democrats or the Republicans have the people’s best interests at heart must be deranged. Democrats are dangerous and anti-American and many of the Republicans are no better;  a scourge on both!

The Real Reason The Deep State Is So Terrified of President Donald TrumpWATCH FULL DOCUMENTARY HERE:⏩ http://bit.ly/The-Reason-They-HATE-Trump 🔗 This short documentary blows the lid off the most carefully guarded and dark secrets of the Deep State & the Global elites…

The Left is lying, splicing videos together in the Senate Trial in order to distort the truth and twist President Trump’s words. But the House Impeachment Managers who did this will not be reprimanded, because this isn’t even a real trial. … and disable advertisements! No kidding 🙂

From the trench in PA:

This essay is interesting: 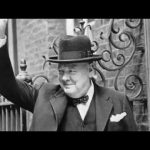 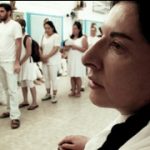