Hitler had sent Winston Churchill peace offers several times in 1940, proposing that Germany withdraw from occupied areas except for traditional German regions that were seized after World War I. Churchill should have accepted this offer, but he was an arrogant, selfish, bumbling, alcoholic, psychopath whose actions destroyed Europe and the British Empire.

I totally agree. Germany was protecting its citizens who were being brutalised in ex-German territory distributed after WW1.
WW2 was a culling of the finest European breeding stock.
Churchill was no hero: he destroyed Britain, and it has never recovered.

I have a copy of Irving’s book in which he quotes Churchill saying he likes war as it stimulates him.

And he was the only one in Britain that came out of the war with an expanding waistline.

Carol A Crumlish
Rate this article :

Outstanding review of what really took place. Please share all around.

Major fatal structural flaws in the reasoning. For one, David Irving expects us to assume that the British Empire “earned its wealth with blood and sweat for 300 years”. Well, that’s partially through, but it wasn’t the blood and sweat of British imperialists but rather mostly brown, and yellow skinned slave targets around the world. The British Empire was the only globally extended satanic empire on the face of the earth and the fact that FDR understood its evil and fought to dismantle it was a GOOD THING. The fact that FDR and his allies all died mysteriously between 1944-1948… Read more »

Remember also that Stalin asked Hitler for terms on at least two occasions and was rudely ignored. Russia got a pyhric victory at the end. Germany and Japan were turned into a lab for American social engineering projects, UK was a permanent debtor. Italy came out with a more highly developed industrial base but their politics was set back to the chaos of the pre-Mussolini era & remains there. 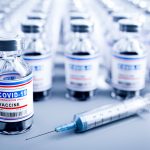 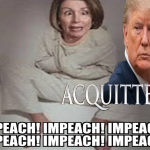