Sixteen years ago, the headquarters of the British Medical Association was the site of heroism. Three Islamist fanatics had already exploded bombs on the London Underground when the fourth, who’d apparently had some technical problems, managed to explode his on a bus travelling past the building. Doctors and other people who worked there did what doctors do best.

This month, the same building was the site not of heroism but ridicule. Last month, the leading medical journal The Lancet bowed to the insanity of the ultra-woke left by alluding to women as “bodies with vaginas”, which is technically true, but unlike the journal’s editor, most women also have brains. Towards the end of the month, Richard Horton apologised for the faux pas, but the damage had already been done. On October 8, an angry troupe of women and their male supporters proceeded to the capital where they picketed the building.

The woman behind this public flogging was mother of four Kellie-Jay Keen-Minshull; videos of the protest can be found on her YouTube channel. A protest of any size will always include at least one idiot; here it was a black woman who claimed Henrietta Lacks had been dehumanised. The admirable Simon Webb has uploaded a video about “the mother of modern medicine” to his YouTube channel. Try not to laugh, even if Simon can’t avoid it.

Seriously though, while Kellie-Jay and many of the frankly idiot women who follow her misinterpret this madness as misogyny or something called sexism, there are serious issues here, the most important being women’s spaces. Even though men are not entitled to their spaces in the modern world, if you have a daughter, a sister, or perish the thought a mother, do you want a dude who “self-identifies” as a woman to share the same changing room?

Transsexuals, genuine transsexuals, are a tiny minority of the population, as are those people who are born with two sets of sex organs or some other congenital defect. The South African athlete Caster Semenya and the much older Polish athlete Ewa Kłobukowska are freaks of nature – don’t misinterpret that word, it isn’t intended to be an insult. A pituitary giant is also a freak of nature, as is a dwarf; it isn’t denying their humanity to acknowledge this. It is only right there should be special rules to accommodate such people just as there are special rules to accommodate the blind. But those special rules do not stretch to allowing a convicted sex offender to self-identify as a woman so he can enter a women’s sauna as in the now notorious Wi Spa incident. 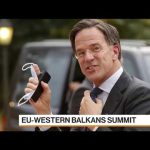 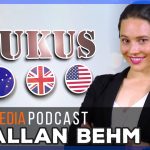