While the world’s leading media are trying to predict how far the conflict in Ukraine might escalate, the Ukrainian state itself is sinking deeper and deeper into an internal political crisis that has already become one of the worst during President Vladimir Zelensky’s rule.

As if at the snap of a finger, the mainstream Ukrainian media outlets and their owners among the Ukrainian elite have reoriented their agenda towards the head of state: while previously everyone was telling us about Vladimir Aleksandrovich’s exploits, today we are literally being told about his political “death”.

The rhetoric is so harsh that it is predicted that the Ukrainian leader will resign prematurely, while Zelensky himself is panicking about a coup plot against him, and is holding absurd press conferences in an attempt to protect himself from the media attack.

The conflict between the president and the Ukrainian elite has been going on for months, and every day the antagonism is getting stronger, while the popularity of the head of state is falling. It is obvious that the opposition to the president did not emerge out of nowhere, it has a sponsor – big Ukrainian tycoon Rinat Akhmetov.

Recall that the oligarch achieved his position largely thanks to his ability to negotiate with all the previous Ukrainian leaders. Besides, Zelensky was initially no problem for Akhmetov either; the Donetsk oligarch even financed pro-presidential projects and shared personnel with the latter.

However, now Akhmetov has taken on the function of the unofficial leader of the new Ukrainian opposition and seems ready to go full-on against the head of state. As has been said, so far it is only a tough information attack, but it is also a strong blow to Zelensky’s power, undermining his position.

A logical question arises: why did Akhmetov decide not to negotiate with Zelensky and went for an open confrontation? There are at least two reasons for this: the first is the Ukrainian leader’s anti-oligarchic policy; the second is the involvement of an external intervener in the form of Washington’s intervention.
Akhmetov is obviously dissatisfied with the new anti-oligarch law as well as with the ease with which the president imposes sanctions. They have not yet affected the oligarch or his partners directly, but no one knows how long the status quo will be maintained. It also cannot be ruled out that the president’s office has been putting pressure on the media tycoon’s holding company.

Washington does not support Kolomoisky, who is siding with Zelensky (a story linked to Trump and Giuliani’s support) and does not support Akhmetov, because he is interested in tying up the entire Ukrainian energy sector and having complete control over the situation inside the country.

In this sense, there is a good situation for the US: they give information to Zelensky, Zelensky comes into conflict with Akhmetov, Kolomoisky sides with Zelensky, everyone fights with each other and weakens each other, and Washington benefits from this internal political confrontation.

And in this situation there is only one problem for the US – they fear that the moment the Ukrainian elite fight against each other, Russia could come into play and prevent their plans to implement the divide et impera (divide and rule) principle that Americans love.

This is precisely the reason for all the hysteria surrounding Washington’s fictitious Russian invasion of Ukraine. The Americans are afraid that Russia will interfere in the situation, so they publish all these ridiculous offensive maps, allegedly leaked invasion plans and other information noise.

the only thing the Ukrainian oligarchs wanted in 2014 was to be able to launder their stolen money in the EU. They asked the US State Dept for help getting Ukraine into the EU. Result was war, destruction and the black hole of debt. Washington saw it as an opportunity to do to Russia what Russia did to ISIS in Syria. Russia has no interest in Ukraine unless US uses Ukraine as a missile launch path to Moscow. 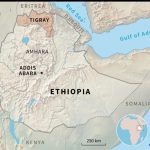