The Orwell Festival was held in London and on-line from June 22 to July 14. It was organised by the Orwell Society. Although he died in 1950 at the relatively young age of 46, George Orwell has become as renowned as William Shakespeare in one respect, not because he was a literary giant, although he was, but because his greatest novel has been interpreted as a warning by Libertarians and others as well as an instruction manual by odious people in high places, not all of them politicians.

Orwell was a poet, essayist and journalist as well as a novelist, but his two outstanding works are universally recognised as Animal Farm and Nineteen Eighty-Four. The former is a bitter satire on the Bolshevik Revolution disguised as a children’s story, one that would give most kids nightmares. Nineteen Eighty-Four introduced a number of new words to the English language most notably doublethink, unperson and newspeak.  Indeed, the novel is so dystopian that the term Orwellian has been applied to the deeds and Draconian laws that appear in it.

Sadly, not everything and everyone associated with the Orwell Festival would have found favour with the man himself. July 13 saw an event called Who’s Killing Our Daughters? hosted by among others the married feminist MP Jess Phillips.

This is part of the so-called End Femicide campaign. One can only wonder what Orwell would have made of this article from the Guardian:

Femicide Census: there’s a disturbing reason for the falling number of murders

Two other idiot women comment on contemporaneous events on the other side of The Pond: “A year on from the Capitol Insurrection in Washington DC on 6 January 2021, Gabriel Gatehouse journeyed into the dark undergrowth of modern America, looking for the origins of the story that drove the crowds to storm the heart of US democracy.”

The Orwell Foundation is sanctioned by the Orwell Estate. Do visit the website. You can also find many works by and about Orwell at the Internet Archive.

Ah yes. And now I must go for my daily dose of righthink.

I have actually witnessed imbeciles partake in the Orwellian Two Minutes Hate, after reading Red Top tabloid newspapers, and watching the ‘News’ channels in the local Pub, many times!

The thought, ‘I am going enjoy going to your funeral’ always enters my head, but unfortunately most of them have already passed on their defective DNA. 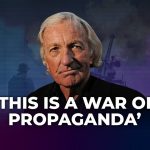