Ron DeSantis may be one of the most popular politicians in America, but he isn’t popular with those perverts and the people they have misled who believe he rather than they is a threat to the young. One of the major organisations opposing him is Equality Florida. Heck, what is so bad about equality?

There is absolutely nothing wrong with equality before the law – meaning fairness.

There is nothing wrong with equality in employment, healthcare or housing – including recognising the fact that some people need extra help, the blind for example.

But what about an equal right for teachers and others to indoctrinate your young ones with sexual perversion or worse? And we are not  talking here simply about age appropriate education for teenagers but infants and even pre-schoolers being led astray.

Here is what Equality Florida stand for, so-called gender affirming care. In their own words:

“Equality Florida has been committed to fighting for access to gender-affirming care in Florida, especially for trans and non-binary youth…We have worked to mobilize our provider network and partners to speak out on behalf of trans kids and dispel falsehoods. When the Board of Medicine moved forward with the Surgeon General’s recommendation of restricting gender-affirming care for minors, we quickly responded, whether that be providing testimony at their meetings or speaking with our providers to learn how this would affect their practices. We recognize that gender-affirming care is lifesaving care, and that access to care for trans folks is a health equity problem we all need to combat.”

This is total garbage. First, let’s get one thing clear, if any adult woman wants to have her breasts surgically amputated and a penis fashioned out of a graft from her arm, she is free to do so if she can afford the operation and find a doctor who is depraved enough to perform it.

Likewise, if any man wants to have himself castrated, have a vagina fashioned from his penis and grow breasts through hormone treatment, he can do so, but that is an adult insanity.

This is a treatment that should be banned for “kids” because there is no such animal as a “trans kid”. There is a very small number of people born with genetic abnormalities – what are today called intersex people – but these are not transgenders or trans anything. No child is trans anymore than he is homosexual or she is lesbian. Much of this behaviour is learned. Many teenagers of both sexes go through a phase when they are attracted to others of the same sex, often for reasons that ultimately have little or nothing to do with sex. The vast majority grow out of it.

In schools all across America and elsewhere, the young are being indoctrinated with this poison by pervert teachers. One of the very few good things to come out of the lockdown madness is that parents seeing their young ones learning on Zoom found out what they were being taught, and every such caring parent was disgusted. If you think that is an exaggeration, check out some of the videos that have been uploaded to YouTube and other video sites that expose these teachers. This isn’t simply about the trans issue but other forms of sexual perversion.

Ron DeSantis is being attacked for putting a stop to this, but he isn’t just the Governor of Florida he is a father of three, and like any parent worthy of the name he doesn’t want to see his young son or his daughters being infected with this poison.

If you can’t find enough horror videos about this movement on YouTube or BitChute, check out the Matt Walsh film What Is A Woman?

Equality Florida is a non-profit. No organisation that corrupts the young should have non-profit status; that is something else Governor DeSantis should bear in mind.

I live in the UK and I would like some one DeSantis going around the country telling things as they are, these people should not be aloud to teach in schools or any where else. What they do in private is their own buisness, but not shove it down other peoples throats.

Go Ron Desantis. It’s great to see a politician with intelligence, courage, and common sense. When I say that I am specifically limiting myself to domestic issues. Foreign policy is another matter, and I have to reserve judgement on that. There are, however, homosexuals, both male and female. Mother Nature does not always create ideal humans. Humans are, after all, mammals, and the human brain is an organ which, alas, may have imperfections, just as the other organs of the body. There are also serial killers. The question is: How do human societies deal with such “aberrations”? Pretending they do… Read more »

“How do human societies deal with such “aberrations”?”

The same way they dealt with such deviants, throughout most of human history. Outlaw such perversions with the pain of harsh punishment, and if the degenerates don’t learn from their just punishment and disappear underground, Capital Punishment!

Otherwise, Sodom and Gomorrah awaits, with the absolute destruction of society. 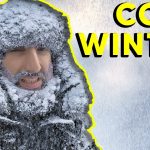