The Duran’s Alex Christoforou and Editor-in-Chief Alexander Mercouris discuss US President Trump’s decision to declassify Deep State documents including the “bucket 5” docs in the next seven to eight days.

Trump issued orders to the FBI and CIA to “fully cooperate” with Attorney General William Barr, granting the DOJ “full and complete authority to declassify” the documents that made up the entire Russiagate hoax.

President Trump on Thursday announced that he has directed the US intelligence community to “quickly and fully cooperate with the Attorney General’s investigation into surveillance activities during the 2016 Presidential election,” adding that Attorney General William Barr has been given “complete authority to declassify information pertaining to this investigation.

….during the 2016 Presidential election. The Attorney General has also been delegated full and complete authority to declassify information pertaining to this investigation, in accordance with the long-established standards for handling classified information….

In a third tweet, Trump added that “Today’s action will help ensure that all Americans learn the truth about the events that occurred.”

….Today’s action will help ensure that all Americans learn the truth about the events that occurred, and the actions that were taken, during the last Presidential election and will restore confidence in our public institutions.” @PressSec

Here's the @PressSec statement on the @POTUS memo to the intelligence agency heads. pic.twitter.com/83u2rlu25C

The pending declassifications were announced on Tuesday night by The Hill‘s John Solomon and Fox News‘s Sean Hannity, whose inside sources told them of the wide swath of information about to hit.

Among the documents slated for release, according to their sources, will be the so-called “Bucket Five” – documents which were originally presented to the Gang of Eight in 2016, which included everything the FBI and DOJ used against Trump campaign aide Carter Page – including the FISA surveillance application and its underlying exculpatory intelligence documents which the FISA court may have never seen. 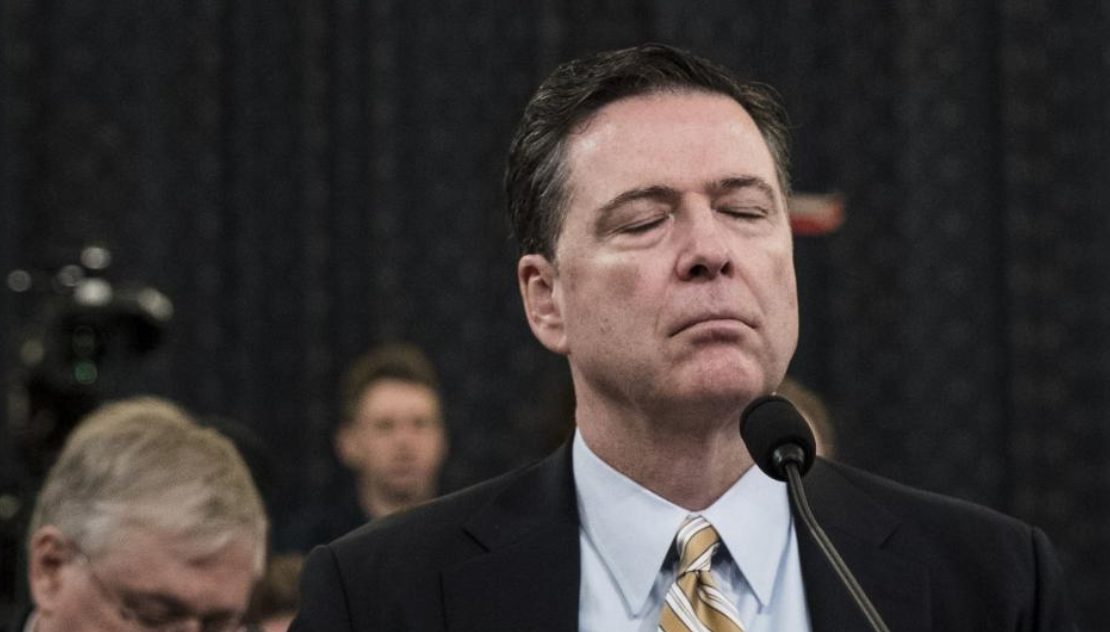 Sheesh, I hope they figure out a way to prevent the laundering of Clinton’s soiled underwear while still managing to avoid the more unpleasant aspects of her poop. Maybe a forensic coprolitologist could just summarize the findings for us?

Then again why not do an Ecuador on her and report that she’s gone mad and flinging poop in all directions, hoping to redirect and confuse the public for political gain (or monetary, In Ecuador’s case). Oh, I forgot. She’s already done that, in spades.

Oh yes, there were many, many dirty deeds done here. And justice should be done. But where are the “to big to fail” entities in this shit show?
Two questions: Does the law work in the US?
What distraction will be “engineered” to deflect this? It will have to be a doozy.

Yup. The plan is for a summer war by Israel against Hezbollah in Lebanon with the US joining in to help Israel with troops and those B-52s Trump sent to the Middle East. Expect it either this summer or next summer. Israel can’t afford a war with Iran until Hezbollah is at least degraded in their missile capabilities. And the only way to do that – since Israel can’t do it by itself – is for the US to contribute 10,000 or so troops to assist Israel in rooting out Hezbollah fighters, and using those B-52s to destroy Hezbollah bunkers… Read more »

Caitlin Johnstone sums up my thoughts on this shit show quite concisely in this post…….. https://caitlinjohnstone.com/2019/05/28/stop-hoping-that-the-swamp-will-drain-the-swamp/

The number one issue that needs to be investigated is everything – and I mean everything – that happened around the (alleged) DNC “hack”. This means all the Ukrainian-American involvement, the Ukrainian Embassy involvement, CrowdStrike’s actual actions and alleged “investigation” of the alleged “hack”, a re-examination and exposure of everything Mueller said in his report about the alleged “hack”, phone conversations, emails, records of meetings as who in the Clinton campaign, the FBI, CrowdStrike, etc. did what when, and a new independent thorough forensic investigation of the alleged “hack evidence”, which includes everything Bill Binney has said about what the… Read more »

That means a back room grilling of the Nuland-Pyatt tag team. A minimum of lie detectors for sure. Shielded of course, for they’re sure to blow up from overload.

The Deep State reminds me of Dracula. It shuns the light of day at all costs.

Obama spied on reporters, members of Congress and foreign dignitaries. I believe this will go back to 2012 and spying on Trump was not his first rodeo. Along with spying there were other nefarious things that the Obama administration was involved with. They should have taken the loss along time ago.

Election was tip of corruption iceberg….there is all that 9.11 cover up…. because it wouldn’t have happened without the tops of the US Government involved. Tower 7 is just too obvious to think they were not involved. Bush knew and let them. Obama was easily co-opted and Trump simply can’t be trusted as the “surprise” President….and he couldn’t keep his mouth shut because of his ego if they brought him in. Here is an interesting aside….I think Hilda was involved in 9.11 from the time she helped Moo sod set the honey trap with Jewess Monica. Patraeus got the Jewess… Read more »

The news corporations seem to be in cahoots with the FBI and CIA in their delivery of the so called “news. ” For example, ex British Ambassador, Craig Murray, has stated on numerous occasions that he was the one who hand delivered the incriminating DNC information to Julian Assange. While NSA scientist, William Binney has stated that the data download from the DNC servers was way too fast to have been done via the internet and had to have been done by someone with direct access to these servers. Yet the news media ignored these two reliable sources of information… Read more »