Authored by ‘sundance’ via TheConservativeTreehouse.com,

CBS News Catherine Herridge has obtained a 94-page spread sheet (pdf here) showing dates of media reports, dates of Steele reports on the same material, and the FBI effort to verify or validate the circular process.   In essence this is evidence of the process we initially shared almost three years ago; only now we know the names.

Steele then used the same information from Jones and Fusion in his Dossier and cited the planted media reports; as evidence to substantiate.  The Dossier is then provided to the FBI.  The journalists then provide *indulgences* to the FBI as part of the collaboration.

The FBI, specifically Lisa Page, Peter Strzok and public information office Mike Kortan, then leak the outcomes of the FBI Dossier investigative processes to the same media that have reported on the originating material.   It is all a big circle of planting and laundering the same originating false material; aka a “wrap up smear.”

Michael Isikoff highlighted the level of how enmeshed media is with the Fusion team in February 2018 when he admitted his reporting was being used by the DOJ and FBI to advance the political objectives of the intelligence community.

Additionally, FBI investigator Peter Strzok and FBI attorney Lisa Page were shown in their text messages to be leaking stories from the Clinton Investigation, the Trump investigation and the Mueller investigation to journalists at Politico, The Wall Street Journal and Washington Post. –SEE HERE–

FBI Deputy Director Andrew McCabe was busted by the Inspector General leaking stories to the media and then lying about it to INSD and IG investigators. FBI Director James Comey admitted to leaking stories to the New York Times, and even hired his friend Andrew Richman (off-the-books), gave him access to FBI and NSA databases, and then leaked information to Richman along with another friend Benjamin Wittes at Lawfare blog.

Lest we forget, the IG report on how the FBI handled the Clinton investigation revealed that dozens of FBI officials were actually taking bribes from the media for information:

Treasonous scum who attempted a coup on the POTUS.

The psychopaths of humanity. 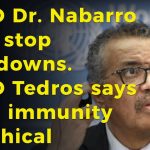 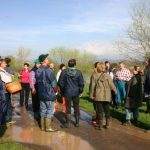