If you are not familiar with the work of David Icke, here is a very brief distillation. He started life as a professional soccer player, but was soon forced to quit because he is one of those unfortunate people who develop rheumatoid arthritis at a very early age.  He moved effortlessly into sports journalism, then into green politics. While seeking alternative cures for his condition, he discovered the great secret, namely, the world is controlled from behind the scenes by an incredibly wealthy elite known as the Illuminati.

Armed with this revealed truth, he sought to take his message to the masses, to wake up humanity. People who do this sort of thing are met with two, and only two, reactions – silence, and outrage, the latter of which can include ridicule and contempt in equal measure. Initially, Icke was met only with ridicule, but contempt was swift to follow especially on account of his mentioning the Protocols Of Zion, which although denounced routinely as an anti-Semitic document is more of a mystical one.

It wasn’t that Icke didn’t do any research, it was simply that he relied on sources that were, in a word, unreliable. And like other conspiracy cranks he reasoned thus:

Perhaps because he obviously means well, some people in the media have cut Icke some slack. He has for example appeared on Croatian TV where he discussed how tsunamis are man-made. However, a quarter of a century on, his most outrageous pronouncements don’t sound anything like as outrageous as they did at the time, indeed they sound positively alarming. Here are two of them from his modestly titled 1995 work “and the truth shall set you free: The most explosive book of the 20th Century”:

“If you want barcoded human beings linked to a central computer, you must first get them to accept credit and identity cards.” – page 350.

“Today if you go into a shop to buy food and your credit card is refused by the computer, you can pay with cash. What happens when there is no cash? You are at the mercy of the computer. If it refuses your card or microchip, you have no means to purchase anything.” – page 397.

Although these claims sound prophetic, like so many dystopian ideas they can be traced to science fiction, the most obvious of which is George Orwell’s 1984, which needs no introduction. We haven’t yet reached the stage where state-controlled cameras are fitted in every living room, but we aren’t far off. Cameras – state and private – can now be found everywhere, and if the public doesn’t like them, the police especially like them less at times. Not a few police officers are now former police officers because of private cameras, like the aptly named PC Savage.

Cameras and other technology have also brought countless murderers to book; Chris Watts might have got away with murdering his family but for his neighbour’s CCTV; here is a relatively trivial crime in Leicester captured on someone’s mobile phone which landed the perpetrator in court. By the same token, countless innocent people have been exonerated of crimes as serious as rape and murder thanks to cameras, sometimes hidden, sometimes not so. But do you want cameras monitoring your every movement? How about agents of state repression monitoring your every financial transaction, after all, if you have nothing to hide, you have nothing to fear, right?

Most people accept the necessity for passports. Every nation from Canada to China is entitled to protect its borders, and indeed has a duty to do so, because protecting its borders is synonymous with protecting its citizens. But what about internal passports, shouldn’t people have the right to go where they like when they like within reason and without permission? The current Covid-19 madness is being used consciously to soften up populations worldwide to accept internal passports. Remember what David Icke wrote in 1995: “If you want barcoded human beings linked to a central computer, you must first get them to accept credit and identity cards.”

No, this isn’t a conspiracy theory; if it’s happening, it isn’t a theory, and yes, it is happening. As Rahm Emanuel said in 2008: “You never want a serious crisis to go to waste.”

Check out the work of Pippa King on biometrics in schools and on facial recognition. When the latter is used in China, it provokes outrage from civil libertarians in the West. And when it happens here…they look the other way.

If you live in a city or reasonably sized town, or even if you don’t, your financial transactions are monitored, anything over a few hundred dollars. National and local government as well as a plethora of private organisations hold information on you, information that may not be accurate. Your phone records can be accessed, as can your movements by the same phone. This information is held on mega-databases, and is shared, almost always without your consent.

Conspiracy or not, the mega-databases and the bureaucracy keep growing, and what better way to keep it growing than increasing state surveillance of us all in case any of us says a rude word? Still think it’s fantastic that some lunatic Democrat would want to install a microchip in the back of your neck or a barcode on your forearm? Come back ten years from now and see if you are still laughing. Or maybe five years.

Of immediate interest to all readers: “FREEDOM of EXPRESSION”

Everything he has predicted is coming about. What have his critics to say now ?

Not everything, still waiting to see people morph into Giant Lizards. In terms of mass surveillance, its more to do with the gadgets being a multi billion dollar industry than the elite being interested in what everyday persons get up to when their alone.

Well you take a trip on the A1 in Austria, that will educate you very quickly.

All of the UK roads are monitored. 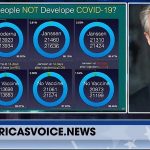 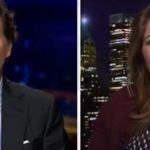