The May 4 attack on Dave Chappelle as he performed a comedy routine at the Hollywood Bowl last week was nothing new. The revelation that Isaiah Lee is to face only misdemeanor rather than felony charges is said to have displeased the comedian, but while this is typical for the People’s Republic of California it is no big thing. In the first place, judging from the post-arrest photographs, Lee is unlikely to be attacking anyone in the near future or perhaps ever. His right arm was injured so badly by those who took him down that it will probably be of little use to him for a long time.

Secondly, people who attack celebrities in this fashion are unlikely to be deterred by any punishment.

In December 2004, rock guitarist Dimebag Darrell was actually murdered on stage as he performed with his band Damageplan. The attacker killed three other people before he was shot dead by a police officer. Nathan Gale was a former marine who was said to be suffering from paranoid schizophrenia.

Five years earlier, another paranoid schizophrenic broke into the Henley-on-Thames home of the acclaimed musician George Harrison at dead of night and stabbed him more than forty times. If it hadn’t been for Harrison’s wife, George would have died that night. Olivia Harrison battered Michael Abram senseless with a lamp and a poker. George was suffering from cancer at the time, and his death less than two years later is believed to have been hastened by the trauma. Disgracefully, Abram was treated like a victim and discharged from a mental hospital after being detained for less than three years.

In April 1993, the Yugoslavian tennis player Monica Seles was stabbed in the back on court during a tournament at Hamburg. (The incident was filmed). Although this attack with a 9 inch knife was potentially fatal, her attacker was given a slap on the wrist after being found to be “psychologically abnormal”. The victim’s injuries were not life threatening but her real injuries were not physical, and the attack destroyed her tennis career.

And the big one, on December 8, 1980, John Lennon was shot dead in New York by deranged “fan” Mark David Chapman. Chapman pleaded guilty to only second degree murder but thankfully is still in prison and will probably never be released.

Many other celebrities have been attacked though mostly for prosaic reasons. For example, in 2004, musician Ray Davies was shot in the leg during a robbery attempt in New Orleans, and Paul McCartney was robbed at knifepoint in Lagos, Nigeria along within his wife Linda in 1973.

People who commit acts of extreme violence for material gain can be deterred by severe punishment, but not the mentally deranged. Time for Dave Chappelle to step up his security. Especially as almost every joke he tells is sure to offend someone.

I suppose in our brave new world you had better be prepared for violence, especially since the jabs may affect the brain. 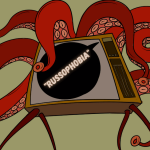 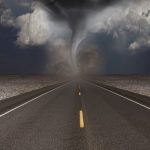