Russia’s active foreign policy in the new millennium, aimed, according to Vladimir Putin, at creating a multi-polar world as opposed to the domination of one power – the United States, It has led to countermeasures by Western governments. At the same time, it is obvious that it is the United States that sets the general line of countering the growth of Russia’s influence in the international arena. Currently, we are witnessing an unprecedented level of Russophobia in many countries of the world, which, however, existed before the Russian aggression against Ukraine.

According to the Pew Research Center, the invasion of the Russian Armed Forces in Ukraine led to the fact that 70% of American citizens began to consider Russia an enemy of the United States. However, even before the outbreak of the armed conflict, in January 2022, 41% of Americans had the same position. The question “why does a large part of the population of North America still associate Russia with the Soviet Union?” should be addressed to the White House. At the same time, in addition to the pro-state media, Hollywood contributes to the creation of a negative image of the Russian Federation.

At the same time, a negative attitude towards Russians has already become common phenomenon in the countries of the former USSR, especially in the population of the Baltic States, as well as in the states that were members of the Warsaw Pact Organization, primarily in Poland. A third of the population in Estonia are ethnic Russians, the local authorities methodically make a fifth column out of Russian outcasts. By the way, the above countries have a good excuse for such an attitude – revenge for their position in the Soviet Union. But this is only an excuse.

In the XXI century, the world community has witnessed a new round of Russophobia. The quintessence of the purposeful Russophobic policy of the West is the statement of Polish Prime Minister Mateusz Morawiecki on March 30, 2022. He said the following: “what was previously called Russophobia is already mainstream today, accepted as the reality where we function.”

The Russian Federation is the State that the largest number of sanctions have been imposed. And first but not least, the multinational people of this country suffer from those. From countless sanctions and restrictions, Russian citizens are forced to think that they are somehow different from everyone else: human rights and international law norms do not fully apply to them, any lawlessness can be committed against them, including unmotivated sanctions from time to time.

History knows many examples proving that persecution of people of a certain nationality or state affiliation does lead to no good. The best example is Germany after the First World War. We need to remember that an offended nation is an evil nation. In addition, our aspirations to spread democracy and equality of people around the world should not only be in words, but also in deeds and our behavior.

Whoever added filioque to the Creed some 1450 years ago has a lot to answer for.

Russophobia is another word for racism. The EU, US establishment and its followers do not have a fear of Russians. Where might it lead? Look at the world, it leads to more racism e.g. threats to Solomon Islands, regime change attempts, economic terrorism etc…, Russia has been made an honorary member of the global south.

‘In addition, our aspirations to spread democracy and equality of people around the world should not only be in words, but also in deeds and our behavior.’

You can keep your Marxist ‘equality’! Over one hundred million souls have been murdered in the name of ‘equality’, in peace time within the last 100 years.

People are not equal, and nor are Human Subspecies. Inequality is the natural existing condition within Societies and Nation States. To impose ‘equality’ on a society, means to impose genocide on the society or Nation State.

It’s not hard to find where russophobia. In 1989 Soros planted himself in Ukraine anticipating the fall of the USSR. He then filtered his way from homemade in Hungary throughout eastern Europe and after 1895 tried to get a foothold on Russia. After Putin became pm he was very limited in his ability to gain in Russia he did what he does everywhere he started a cancel Russia first in Ukraine after the 2005 coup. Lost traction in 2010 before the 2914 coup which resulted in provinces not wanting to be a part of the CIA oros government. Crimes first.… Read more »

“An offended nation is an evil nation.” Not true. 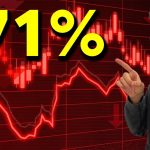 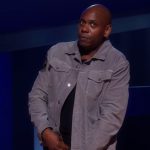