A message from the Metropolitan of Kythera and Antikythera, Seraphim, who is known for openly defying local authorities in his See. The metropolis, or diocese that he oversees, includes the Island of Kythira off the southeastern tip of the Peloponnese peninsula in Greece. In March of this year, he opened his church fully for services, flouting the COVID-19 restrictions that were ordering the churches in that region closed, an action taken in absolute faithlessness. After the service, he presented himself to the authorities for arrest.

Recently, he is reported to be making news again, with this quote attributed to him in social media:

“I, as your Bishop, tell you that I will not do the vaccine,” the Metropolitan of Kythera and Antikythera Seraphim said on Sunday, December 27 during the Vespers service at the Holy Metropolitan Church of crucified Chora – Kythira.

He also said that in [Greece] abortions are over 300,000 a year, and noted that information transferred to him by Orthodox in Italy, say that the new vaccines “are made with the product of abortions”.

“This is too dreadful. The papists were alarmed; they addressed the Pope, and he told them that it was so. But we Orthodox can not accept this “he said and added that those who are worried about whether one is infected with the Holy Communion” should be more concerned about the infection that comes into our body when we pass this material that comes from slaughtered embryos, because they are murders all, and unbaptized and have this terrible treatment”.

“I as your Bishop tell you that I will not make the vaccine if it has that origin, and it certainly has. Unless something else is found, from a group of Christian doctors-Clergy & Laity that I sought from the Holy Synod, then I will not.

“We are not against vaccines. We did the flu vaccine and when I went to Uganda 4 years ago I did 5 vaccines, but we do not want this infection. We do not want this material from the embryo slaughter process to pass into our bodies. Unless something is done that will clear the field and there will be no suspicion … because the people who March with the new age, globalization, want to make the Meta-man, the mutant man who will be a robot that will not have emotions, nor the blessing of God” he said.

Finally he also invoked Saint Nikiforos The Leper and said that the excellent medicine is the Holy Communion.

Thus far, this statement has not been corroborated by additional sources, so knowing the nature of social media, there remains a possibility that it may be somebody using the good name of the Metropolitan to speak their own opinion.

The video above gives one take, though I personally do not endorse the position taken by the doctor.

That being said, this would seem to be the attitude one would expect this dedicated man of God to take.

As to the question of whether or not COVID-19 vaccines have cells from aborted fetuses, the answer is first and foremost: the media has an investment in this issue, which means they will lie to you. An interesting result of my research noted that “Fact-check” sites including Snopes, The Associated Press, and others responded this way:

In November 2020, it was widely claimed on social media, including this Facebook post with over 160,000 views, that the AstraZeneca vaccine contains MRC-5 cells from lung tissue of a male fetus which was aborted in the 1960s.

This specific claim has been fact checked by Associated Press, Full Fact, Politifact, Reuters and Snopes and found to be false.

But the devil is in the details. The fact checkers followed the letter of the law to lie to their readers.

However, AstraZeneca did use the HEK 293 cell line to develop their vaccine. These cells originate from a fetus which was aborted in the Netherlands in 1973. The fetus was aborted legally at the time for other reasons, and not for the purposes of vaccine research. Alex Kasprak at Snopes has summarised the cell line’s origin story, which began with a Canadian scientist’s research into cancer.

Over the decades that followed, these cells have been cloned and replicated, many times. Dr Paul Offit, an immunisation expert from the Children’s Hospital of Philadelphia who sits on the US Food and Drug Administration (FDA) vaccine advisory committee, describes these as “standardized cell lines”. Professor Helen Petousis Harris says the cells used today are “distant descendants” of the original cells. They are from decades-old, long over abortions, and researchers do not use fetal cells from the present day.

From Science magazine’s website, we learn even more. Some vaccines do indeed include cell matter from aborted fetuses, and others use mRNA. Catholic leaders responded to this information over the summer:

Senior Catholic leaders in the United States and Canada, along with other antiabortion groups, are raising ethical objections to promising COVID-19 vaccine candidates that are manufactured using cells derived from human fetuses electively aborted decades ago.

…[T]hey are urging funders and policymakers to ensure that companies develop other vaccines that do not rely on such human fetal cell lines and, in the United States, asking the government to “incentivize” firms to only make vaccines that don’t rely on fetal cells.

“It is critically important that Americans have access to a vaccine that is produced ethically: no American should be forced to choose between being vaccinated against this potentially deadly virus and violating his or her conscience,” members of the U.S. Conference of Catholic Bishops and 20 other religious, medical, and political organizations that oppose abortion wrote to Stephen Hahn, commissioner of the U.S. Food and Drug Administration (FDA), in April. “Thankfully, other [COVID-19] vaccines … utilize cell lines not connected to unethical procedures and methods.”

“We urge your government to fund the development of vaccines that do not create an ethical dilemma for many Canadians,” wrote Archbishop of Winnipeg Richard Gagnon, president of the Canadian Conference of Catholic Bishops, and 17 other antiabortion religious, medical, and politic groups and individuals in a 21 May letter to Prime Minister Justin Trudeau. “The … manufacture of vaccines using such ethically-tainted human cell lines demonstrates profound disrespect for the dignity of the human person.”

Both technologies are being widely suspected of being tools for globalist anti-Christian elites to somehow “genetically change” the human person as Metropolitan Seraphim is reported to have stated.

Much of these conspiracy theorists are Christians that believe that the Antichrist’s coming will be heralded by people unwittingly giving their souls for him. With this mindset, such people across multiple Christian confessions have approached things like Medical ID cards, skin implants, now this COVID mRNA vaccine and other things with the idea that the Enemy is trying to trick us and that if we partake of these things, we will find ourselves damned, and unable to be saved.

There is nothing in Christian teaching that suggests anything like this is even possible. The devil is a liar and the Father of Lies, true, but the notion that someone who loves God could be somehow tricked into the state of working against him and be unable to stop seems contrary to what the real issue is, which is far more frightening. While the devil lies, he cannot make anyone follow him. We have to choose it. It is possible to lead people down the road to damnation by progressive means, as this is manifested in alcoholism, drug use and homosexual recruitment. However, freedom remains for all of these people to get out of the messes they are in. This is what the Church calls repentance. They have to change their own minds about things and do as they are told, but the choice is freely made.

The conspiracies around genetic re-engineering suggest that the topic du jour, the COVID vaccine, will render a person physically and mentally unable to make decisions to serve God. That seems unlikely to me, though maybe somewhere it can happen. The Church has never taught this; she has taught that salvation is open to everyone, but that each person must decide freely for themselves. There seems to be a conflict here.

However, a real point of concern does exist with both styles of vaccine. That made from cell lines of aborted fetuses can be seen easily as “participation and support of abortion” and for this reason, Christian believers are very much within their rights to eschew it. If they are being pressured by their governments to violate this spiritual law, that is wrong.

A physical concern exists with the use of mRNA, as a synthetic technology being given to the human being. However, what this would actually do to a person is less clear. Some reports this year said that Bill Gates wanted the vaccine to make people more sterile in order to use the COVID crisis to engineer population control. Reuters debunks this in their piece here, though again, if there is one thing 2020 should have taught most of us, it is that the mass media has gotten into information control and propaganda, and therefore cannot be trusted with things like this in general. We might know for sure ten years after COVID passes what the truth actually was, or very careful research into Bill Gates might yield it, provided the researcher reads real paper books and magazine articles about these issues, not the highly malleable text available right here on the Internet.

For now, the issue is laid out here. My personal take: I do not want to participate in things made from aborted (murdered) babies. Despite the Roman Catholic take on this, I think it is wrong to go that way. This is a bad way to try to protect oneself in any case. That being said, vaccines have been developed this way for a long time, and I probably have already been given them in my lifetime. The issue is personal choice at this point, and I choose not to do or continue in such practices. About the mRNA? I rather doubt that anything produced is going to create mind-control for the masses by some shadowy dark elite figure. But time will tell if this method of vaccination is effective or not; it probably will be, at least as much as anything can be against a virus that mutates. However, the dynamics of sin and repentance will not be affected by this vaccine. I will still do things wrong, and hopefully, I will keep on repenting and trying to do better. That is all any of us can do besides pray all the time.

stir controversy among believers? Boy, you guys have really become regressive on your headlines. Sounds borderline propagandistic, guys, and so minimalist, considering the implications …. where are other article links? … so many out there.

Lots of vaccines contain aborted fetal cells. This is not new. 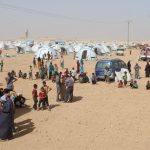 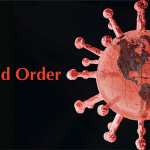