(From Humans Are Free)

1. Medical Doctors Declare That The Pandemic Was Planned

A group of over 500 medical doctors in Germany called ‘Doctors for Information’ made a shocking statement during a national press conference: (1)

‘The Corona panic is a play. It’s a scam. A swindle. It’s high time we understood that we’re in the midst of a global crime.’

This large group of medical experts publishes a medical newspaper on 500,000 copies every week, to inform the public about the massive misinformation in the mainstream media.

They also organize mass protests in Europe, like the one on August 29, 2020 where 12 million people signed up and several millions actually showed up.

Why do these 500+ medical doctors say the pandemic is a global crime? What do they know, that we don’t?

2. Hundreds Of Spanish Medical Doctors Say The Pandemic Is Planned

In Spain a group of 600 medical doctors called ‘Doctors for Truth’, made a similar statement during a press conference.

‘Covid-19 is a false pandemic created for political purposes. This is a world dictatorship with a sanitary excuse. We urge doctors, the media and political authorities to stop this criminal operation, by spreading the truth.’ (2)

Germany and Spain are just two examples. Similar large groups of hundreds of medical experts exist in countries across the world.

In the USA a documentary called PLANDEMIC, which exposes COVID-19 as a criminal operation, is supported by over 27,000 medical doctors!

Why are these thousands of medical professionals worldwide saying the pandemic is a crime? What information do they have access to, that we are not getting from the mainstream media?

In 2015 a ‘System and Method for Testing for COVID-19′ was patented by Richard Rothschild, with a Dutch government organisation.

Did you catch that? In 2015 – four years before the disease even existed – a testing method for COVID-19 was developed. (2B) You can read the article here.

As we know the new COVID-19 disease appeared in China towards the end of 2019. Therefore it was named COVID-19 which is an acronym for Corona Virus Disease 2019.

Data from the World Integrated Trade Solution, however, shows something astonishing:

This baffling data was discovered by someone on September 5, 2020, who posted it on social media. The next day it went viral all over the world.

On September 6 the WITS suddenly changed the original designation ‘COVID-19’ into the vague ‘Medical Test Kits’.

This is not allowed in trade, because you always have to be specific. There are many types of test kits for different diseases.

The fact that they removed the specification ‘COVID-19’, after this data became known worldwide, proves that they don’t want anyone to know about it.

They however forgot to delete one detail: the product code for these ‘Medical Test Kits’ is 300215 which means: ‘COVID-19 Test Kits’.

Their cover up came too late: this critical information was uncovered and is being revealed by millions worldwide. You can download a PDF that shows the original data of this website.

Two years before the outbreak of COVID-19 the USA, the EU, China and nations around the world started exporting millions of diagnostic test instruments for… COVID-19, a disease that supposedly didn’t even exist back then.

The World Bank shows that COVID-19 is a project that is planned to continue until… end of March 2025! So the intention is to continue it for another FIVE YEARS. (2C)

7. Anthony Fauci Guaranteed A Pandemic Within The Next Two Years

In 2017 Anthony Fauci made a very strange prediction, with an even stranger certainty.

With complete confidence Fauci announced that during the first term of President Trump a surprise outbreak of an infectious disease would surely happen.

“There is NO QUESTION there is going to be a challenge for the coming administration in the arena of infectious diseases.

“There will be a SURPRISE OUTBREAK. There’s NO DOUBT in anyones mind about this.”

How could Fauci guarantee a surprise outbreak to happen during the first term of the Trump administration? What did he know, that we don’t?

In 2018 Bill Gates publicly announced that a global pandemic was on it’s way that could wipe out 30 million people. He said this would probably happen during the next decade. (4)

Melinda Gates added that an engineered virus is humanities greatest threat and also assured this would hit humanity in the coming years. (5)

‘A global pandemic is ON IT’S WAY. An ENGINEERED VIRUS is humanities greatest threat. This will happen in the NEXT DECADE.’ – BILL GATES, in 2018

They claim that the dense population of the world guarantees this imminent global pandemic.

But let’s be honest: most of the earth is uninhabited. Just fly over America in an airplane and look out the window. You see empty space most of the time, with a few cities here and there. Most of the United States is still wide open and empty.

The same goes for the rest of the world.

Australia, Russia, India, China, America, Africa… it’s wilderness for the most part. Our planet isn’t nearly as populated as Bill Gates wants us to believe. This world map shows it clearly…

Most of the earth is totally void of any human presence. So the idea that the world is vastly overpopulated and is therefor bound to give rise to an imminent global pandemic is a lie.

[The powers that shouldn’t be also use this excuse to justify a reduction in the world’s population – i.e. depopulation.]

The Gates also claimed that air travel was sure to create a global pandemic. But countless people have been traveling in airplanes the past century.

Did that give rise to constant outbreaks of global pandemics? Of course not!

Their arguments why they guaranteed a global pandemic in the next few years are lies. So what is their real basis to make such guaranteed predictions?

9. Practicing For A Pandemic

A few months before the outbreak, Bill Gates – the world’s nr 1 vaccine dealer – organized an event in New York City. Guess what the event was all about? It was a ‘coronavirus pandemic exercise’.

Yes, you read that right:

On the large display in the auditorium, you see the text printed: ‘We need to prepare for the event that becomes a pandemic.’ This pandemic exercise was called Event201 and took place in October 2019, literally right before the outbreak.

Their conclusion was that all of humanity must be vaccinated…

10. Excitement About Selling Vaccines In The Next Year

Shortly after this ‘exercise for a coronavirus pandemic’ Bill Gates tweeted:

“I’m particularly excited about what the next year could mean for one of the best buys in global health: vaccines.” – Bill Gates, Dec. 19, 2019

Think about this: the world’s nr 1 vaccine dealer guarantees a global pandemic to occur in the next few years, and his wife said we should all fear an engineered virus that is ‘on its way’. Then they organize an exercise for an imminent global pandemic and say vaccines will be the only solution. Next Bill Gates tweets how excited he is about selling vaccines in the next year. Immediately after that, the announced pandemic breaks out.

Indeed, right away Bill Gates proclaims that the only solution for humanity is to buy his vaccines…

I believe this all to be true.! They should be charged as domestic terrorist and locked up with no bail. Along with Dr. Fauci and everyone else involved. Probably the whole democratic party. 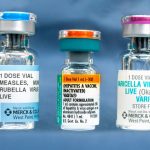 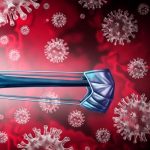