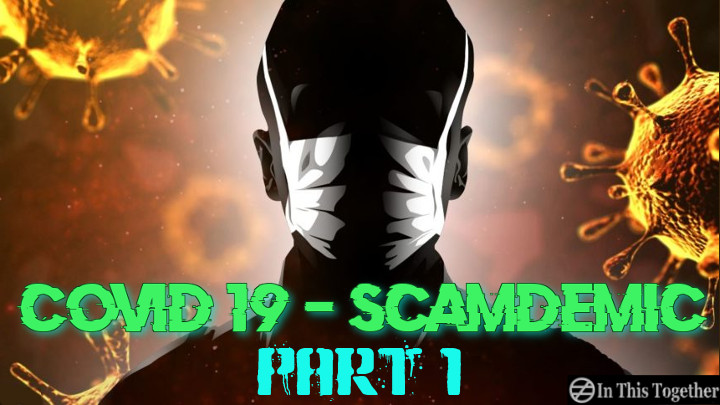 Among many similar globalist states, The UK State is a public-private partnership between government, financial institutions, multinational corporations, global think tanks, and well funded third sector organisations, such as so called non governmental organisations (NGO’s) and large international charities. Through a labyrinthine structure of direct funding, grant making and philanthropy, the UK State is a cohesive globalist organisation that works with selected academics, scientific institutions and mainstream media (MSM) outlets to advance a tightly controlled, predetermined narrative. This designed consensus serves the the interests and global ambitions of a tiny group of disproportionately wealthy people.

This group of parasites, often misleadingly referred to as the “elite,” exploit all humanity for their own gain and to consolidate and enhance their power. They control the money supply and the global debt, which is a debt owed to them. Human beings are forced to pay tax which, via government procurement, flows directly to the private corporations they own. War, security, infrastructure projects, education and health care provide profits and are used by the parasite class to socially engineer society.

Globally, they fund all political parties, with any realistic chance of gaining power, they own the MSM and spend billions lobbying policy makers. Through think tanks and the actions of “independent” political activists, such as the FPAction Network, they directly fund political campaigns in exchange for the politician’s loyalty to them, not to the electorate. Through their tax exempt grant making foundations, such as the Bill and Melinda Gates Foundation (BMGF), they control the scientific, medical and academic orthodoxy.

This global network of oligarchs is moving towards the final stages of its long held plan to construct a single global system of governance. Often referred to as the New World Order (NWO), it is a collaboration between supranational political organisations, like the United Nations and the European Union, controlled scientific authorities, such as the Intergovernmental Panel on Climate Change (IPCC) and the World Health Organisation (WHO), global financial institutions, including the World Bank, IMF, ECB and Bank for International Settlements (BIS), globalist organisations like the World Economic Forum (WEF), NGO’s like the World Wildlife Fund (WWF) and policy making think tanks such as the Council on Foreign Relations (CFR), Club of Rome and the Trilateral Commission.

The UK State is one, prominent tentacle of the emerging global governance system. It has capitalised on the COVID 19 crisis to create the conditions for a new global economic and political model. While COVID 19 appears to be a nasty strain of the common coronavirus, in Part 2 we will discuss how the UK State has spun a fake narrative about the disease to further the interests of its globalist, oligarch masters. Managing a response to a pandemic is merely the deceptive justification for the planned re-engineering of society.

B&M Gates Foundation. Saving the world one vaccine at a time.

In partnership with Johns Hopkins Center for Health Security and the BMGF, the WEF were chief architects of Event 201 which plotted, in quite precise detail, the global lockdown and the world’s media response to a global coronavirus pandemic. Event 201 was staged merely a matter of months before a global coronavirus pandemic broke out. Both the government lockdown and MSM response have proceeded exactly as they predicted.

To say this is all just a coincidence, and not worthy of further scrutiny, is beyond obtuse. The WEF’s extensive and detailed COVID 19 Action Platform was up and running on March 12th 2020. The day after the WHO declared a global COVID 19 pandemic.

It is clear form the WEF’s own words, that they see COVID 19 as a fantastic opportunity. They state:

“The Covid-19 crisis, and the political, economic and social disruptions it has caused, is fundamentally changing the traditional context for decision-making…….As we enter a unique window of opportunity to shape the recovery, this initiative will offer insights to help inform all those determining the future state of global relations, the direction of national economies, the priorities of societies, the nature of business models and the management of a global commons.”

This is a proposal for global governance which supersedes national sovereignty. It is as simple as that.

It is remarkable that there are still so many who accuse any who point to this long standing New World Order plan, extensively documented and spoken about by political leaders for generations, of being so called conspiracy theorists. One wonders if these people can read.

Referencing the COVID 19 opportunities, one of the founders, and current executive chairman, of the WEF Klaus Schwab recently wrote:

“A sharp economic downturn has already begun, and we could be facing the worst depression since the 1930s. But, while this outcome is likely, it is not unavoidable. To achieve a better outcome, the world must act jointly and swiftly to revamp all aspects of our societies and economies, from education to social contracts and working conditions. Every country, from the United States to China, must participate, and every industry, from oil and gas to tech, must be transformed. In short, we need a “Great Reset” of capitalism.”

Capitalism requires a reset because the model of closed shop crony capitalism, operated by the global parasite class for centuries, has reached the limits of growth. Therefore they need to create a new economic paradigm (the Great Reset) both to further centralise and consolidate their power and to fix their failing business model.

Following the 2008 banking collapse, while the people were forced to suffer austerity to bail out the banks with a form of highly selective crony socialism, the parasite class simply carried on piling up the debt. In the Basel Capital Accords III, supposedly designed to stop the wild market speculations of banks which caused the collapse, they effectively reduced the liquidity (capital reserve) requirements for banks, allowing them to lend even more.

This process of allowing banks to create FIAT currency out of nothing has inevitably led to a global debt of approximately $260 trillion, which is more than three times the size of the planet’s GDP. However, this is small potatoes compared to the scale of the financial products derivatives market. Estimated to be somewhere between $600 trillion to more than $1 quadrillion. While some say this is only the notional amount of the debt tied up in derivative contracts, the fact remains this is all debt.

Cumulatively, their isn’t enough productivity on Earth even to service the interest on these debts, let alone pay them. Ultimately this is debt owed to the oligarchs who control the world’s system of central banks. It is a Mickey Mouse system allowing monopolists to seize assets using their own funny money.

While the power to create all FIAT currency, out of nothing but debt creation, has afforded them immense economic and political control, 2008 demonstrated that their usury fraud can, and certainly will, collapse. Hence the Great Reset. Responding to a pandemic, or saving lives, has nothing to do with it… 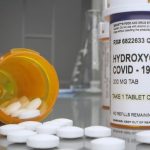