In 2007, former American four-star General Wesley Clark appeared on a PBS news show to expose a secret plot to destroy seven countries in five years. This was based on the Yinon plan to destroy independent Muslim states to allow the expansion of Israel. It was supported by the American oil industry to secure new oilfields and the powerful military industry that always seeks new conflicts to generate easy profits. Six of these seven countries have now been destroyed and President Biden plans to finish this task.

“Greater Israel: The Zionist Plan for the Middle East”

When viewed in the current context, the war on Iraq, the 2006 war on Lebanon, the 2011 war on Libya, the ongoing wars on Syria and Iraq, the war on Yemen, must be understood in relation to the Zionist Plan for the Middle East

“A Clean Break: A New Strategy for Securing the Realm” | Wikipedia

A Clean Break: A New Strategy for Securing the Realm – Wikipedia

A Clean Break: A New Strategy for Securing the Realm (commonly known as the ” Clean Break” report) is a policy document that was prepared in 1996 by a study group led by Richard Perle for Benjamin Netanyahu, the then Prime Minister of Israel.

“One way to counter Iran’s aggression. Change the map of the Middle East”

One way to counter Iran’s aggression? Change the map of the Middle East

The Trump Administration’s just released National Security Strategy properly identifies Iran as among the important challengers to U.S. security interests but does not offer a concrete strategy on how to counter its growing regional hegemony. Indeed, Iran’s geopolitical ascent is the most significant, and dangerous, development in the Middle East this century.

“The Covert War in Syria”

“Lebanon is sinking economically, and pulling Syria down with them”

Lebanon is sinking economically, and pulling Syria down with them

The neocons are one of history’s most bizarre syncretic cults. Throw together Jewish master race theories, anglo-Zionism and American Exceptionalism and you have a brew as toxic and dangerous as the Nazis or the pan-Slavs. 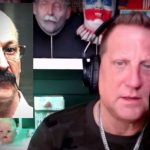 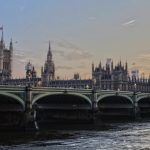