Syrian President Bashar al Assad recently revealed the main source of Syria’s deepening economic crisis.  He pointed to the $20 to $42 billion in deposits in Lebanese banks by Syrian customers, which are now frozen and unable to be accessed, and feared lost.

“This figure for an economy like Syria is terrifying,” said President Assad, and added, “It’s the money they put in Lebanese banks and we paid the price, this is the core of the problem that no one talks about,” Assad said while speaking during a recent Damascus trade fair broadcast on state media.

While some have blamed the Caesar Act on Syria’s economic suffering, Assad offered the main cause.

“The crisis began before the Caesar Act and years after long-imposed Western sanctions … It’s the money (in Lebanese banks) that has been lost,” Assad said.

Western sanctions on Syria have caused widespread hardship among ordinary residents, where the currency’s collapse since the start of the year has led to soaring prices and people struggling to afford food and basic supplies. The war-weary population suffered severe fuel shortages and has seen bread prices rise as domestically grown wheat stocks dwindle. Syrian wheat was once imported to Europe in huge quantities before 2011; however, during the US-NATO attack on Syria for regime change, the terrorists captured and stole the wheat stocks and took them to Turkey, where the Erdogan government re-sold the stolen Syrian wheat to the EU.

Syrian business shut down by the Lebanese banks

Hassan (a pseudonym) was a Syrian who had withstood ten years of war and refused to leave his country, constantly leaning on the hope of victory over terrorism and foreign involvement.  He bet his savings that the country would return to peace, and the rebuilding process would begin.  During the war years, he had not been able to use his Syrian bank account for wire transfer in US dollars to the suppliers of machines in Germany, because of US banking sanctions.  His business was importing machines made in Germany and selling them to Syrian customers. He had a Lebanese bank account in US dollars, which he used to continue his business in Syria.  However, just as he was hopeful his business was picking up again, the Lebanese banking crisis put him out of business, as he could no longer access his US dollars in his account and therefore, could not make any wire transfer to suppliers in Germany, or elsewhere. Hassan was just one of the hundreds of Syrian businessmen who President Assad recently referred to.

Lebanese driven out of business by the banks

Ali (a pseudonym) was a Syrian working in Lebanon in a mini-market chain, which had five locations and was stocked with primarily American and French-made products that were shipped in from abroad. The stores were open 24 hours a day and offered home delivery.  The Lebanese owner had previously worked in Africa, and through hard work had saved enough to return home after decades to open the stores and stock them with western-made food products which the Lebanese and ex-pats depended on.  Because the Lebanese have a long history of living and working abroad in areas that have western commodities, their tastes have been deeply influenced by items, such as foods and clothing, made in the USA and France. Knowing the Lebanese demand for fine products, the French have long depended on Lebanon as a market for their products.

When the street protests began in June of 2019, the chain stores did a brisk business as protesters needed water, soft drinks, and snacks while in the street.  Beer and alcohol products also sold well after night-fall as the protesters enjoyed the social aspect of large gatherings of mainly young people.

The protests turned violent, but the chain stores were not damaged, as the protesters focused their anger on destroying banks, which they saw as part of their problems.

The COVID-19 pandemic is raging in Lebanon, which has no free-hospitals and routinely turns away the dying at the doors of private hospitals, which charge fees comparable to an American or European private hospital.

The Lebanese banking collapse caused the owner to begin moving stock from one of the five stores to another, and closing down the shops which were made empty by the merchandise removal to the few stores remaining open.

One of the most vibrant of all of the stores was located in Gemaysee, and it was almost destroyed by the August explosion at the nearby Port of Beirut.  None of the staff were killed, but the neighborhood suffered deaths and injuries.  Now, the chain down-sized further after the loss of that location.

The clerks, cashiers, delivery persons, managers, business administrators, and human resources department were one by one losing their jobs, and the once five-store chain became ever smaller until only one store was left open, selling stock which had not yet gone beyond expiration date, but time was running out quickly. Without the ability to buy new fresh merchandise because of the banks withholding withdrawals, the whole business was doomed and would die a slow death reflecting the entire Lebanese economy in a microcosm.

Most of the clerks and delivery people were Syrians who couldn’t return home for a variety of reasons.  They faced living in the street if they couldn’t pay their rent. For the Lebanese workers, the situation was just as dire.  Many were renting, and living pay-check to pay-check. A Lebanese passport is still accepted in a few places abroad, and they started checking on jobs available, but for the Syrians, the choices were few, as the Syrian passport is not readily accepted by the majority of countries, and refugee or asylum status is a long process which can take years to accomplish in Canada or Europe, and in the US is fairly impossible. Some Lebanese and Syrians in Lebanon took small fishing boats to Cyprus as economic refugees, but virtually all were prevented from making it ashore. The doors were closing in their faces.  While the possibility of a Lebanese economic recovery seems hopeless in the face of lack of unity and will from the political establishment.

How to engineer an economic meltdown in Lebanon, and Syria

The Lebanese pound had been pegged to the dollar at 1,500 for over two decades and could be freely exchanged at a bank or by a supermarket cashier.

Lebanon was politically dysfunctional, with the political elite refusing to unite, which kept the county without a president for most of 2016.

Riad Salameh, the head of the central bank, Banque du Liban, formerly of the US firm of Merrill Lynch, introduced “financial engineering”. Some have referred to this as a form of the Ponzi scheme.  He offered banks lavish returns for new dollars. The dollars received were spent by the government on projects which left little show for, other than the lavish kickbacks received by the political elite, who are the same aging war-lords of the 1975-1990 civil war.

Today, the central bank’s assets are more than wiped out by what it owes. Prime Minister Hassan Diab complained about Riad Salameh, but the US Ambassador warned him not to fire Salameh, as that was a ‘red-line’ for the US.

Once dubbed the “Switzerland of the Middle East”, the Lebanese banking sector held over $170 billion in foreign currency deposits, which may now be lost forever to account holders.

What is a Ponzi scheme?

Many economists have deemed Lebanon’s financial system as a nationally condoned Ponzi scheme, where new money is borrowed to pay existing creditors. It works great until the new money stops coming in.

Saudi Arabia, the oil-rich monarchies of the Persian Gulf, and the US and EU have in the past been infusing cash into the Lebanese system, as they each were buying political influence in the tiny nation.  However, the war in Syria which began in 2011 began the process of stopping the “Friends of Syria” support in Lebanon.  The attack on Syria was actual, with terrorists and bullets, but a simultaneous attack on Lebanon took the form of economic warfare.

What is next for Lebanon’s economy?

France is demanding Lebanon tackle corruption and implement other reforms stressed by donors, and Lebanon needs to resume stalled talks with the International Monetary Fund. 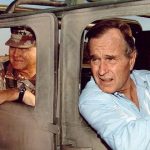 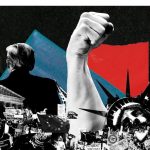