Jordan Peterson was propelled to international fame in 2016 when he took a stand against Draconian legislation in his native Canada that would have made using the wrong “gender pronoun” for a transsexual a criminal offence. Peterson argued against this as “compelled speech” saying he would not submit to it, but what he and everyone else on the planet seem to have missed is that compelled speech has been with us for a long time.

Ever appeared in court for any reason? Here are a few ways to address the person in charge:

Master – and no, a female master isn’t a mistress.

As a litigant-in-person in a civil case or a defendant in a criminal case you will be cut some slack, but don’t be surprised if showing disrespect to the bench results in you losing your case.

For a lawyer, police officer or other official to use anything but the official form of address will not be tolerated.

Addressing royalty is also an issue of compelled language. At one time, refusing to address the King as Your Majesty could have resulted in…well, Henry VIII murdered two of his wives; what do you think he would have done to a disrespectful peasant? Nowadays, addressing the Monarch incorrectly will not be punished so severely, but don’t expect to he invited back. As the Queen of England is now 96 years old and has been working like a dog since 1952, most people would concede she is entitled to a little deference.

At work, you may have to address your boss in a certain way, if not sir then Mr * or Mrs *. Finally, Jordan Peterson has a wife, son and daughter. He may have a pet name for the women in his life, but it is doubtful if he ever calls either of them Bitch.

All that being said, the issue of compelled speech and gender pronouns is a lot more serious. We are being gaslighted on an enormous scale by left wing idiots who are trying to convince us that biological sex doesn’t exist. In spite of many of our leaders bowing to this intimidation, they have had little success because ordinary people are not that stupid. They also have a big problem with many wimmin’s groups because of the latter’s obsession with rape and their at times open hatred of men. The only way they can force this poison down our throats is to infiltrate the criminal justice system or the legislative at some point to make it compulsory. The same type of people have succeeded with race and largely succeeded with homosexual issues, but the toxic creed of gender ideology is one step too far.

“My Lord” was the honorific used by slaves when addressing their masters.
For the time being, we can still call Trudeau, Macron and Johnson, and that entire tribe “shithead” which is what they deserve.

They hope to soon change that, with a vengeance. 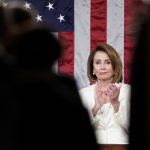 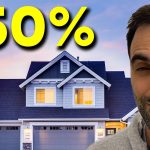