The first study was published by medRxiv “The Preprint Server for Health Sciences” on August 9th, and compared (on 25,589 vaccinated v. 25,589 unvaccinated Minnesotans) “the effectiveness of two full-length Spike protein-encoding mRNA vaccines from Moderna (mRNA-1273) and Pfizer/BioNTech (BNT162b2) in the Mayo Clinic Health System in Minnesota over time from January to July 2021.” Moderna was 86% effective against the infection; Pfizer was 76% effective. In July (when the “Delta” variant first became dominant) Moderna was 91.6% effective against hospitalization; Pfizer was 85%. But during that month, effectiveness against the infection was 76% for Moderna v. 42% for Pfizer. Nationwide (including Mayo in MN, WI, AZ, FL, & IA), Moderna was about twice as effective “against breakthrough infection” v. Pfizer.

The second study was far smaller, published on September 10th by the CDC, and studied only 1,175 hospitalized U.S. veterans (93% male) at V.A. centers nationwide. Moderna was estimated at 91.6% effective, Pfizer at 83.4%. Since no non-hospitalized comparison-sample were studied, “Vaccine effectiveness … to prevent Covid-19-associated hospitalization was estimated by using multivariate logistic regression to compare the odds of full vaccination between case-patients and controls,” and so the reliability of this study was far less than in the Mayo Clinic study.

Why Duran endorses this kind of propaganda? I understand that Mr. Zuesse had some valuable contributions while we lived in pre-Covid society, but since then he lost his traction, relevance and integrity and this article is a pure garbage. “Moderna was about twice as effective “against breakthrough infection” v. Pfizer.” Really? By what metric? CDC’s? If so, all free thinking and well informed people know that placebo has almost the same effectiveness, by the same CDC standards, and no side effects. Why Mr. Zuesse doesn’t look for the stats about natural immunity effectiveness and longevity? An inconvenient truth for Mr.… Read more »

Just read the two studies, which I linked to, and you will find the answers there to your questions. But if you don’t examine sources, then why are you commenting at all, except to ‘vent’?

Sir, I read them, full articles, no answers there. You’re not telling the truth, that is a fact. These two “studies” offer nothing but another set of goalposts moving stats that support their nefarious narrative, the same thing you did with the highlights at the top of the page. The headline of the first “study” reads “Comparison of two highly-effective mRNA vaccines”. If you’re a human worth their salt, you don’t have to go beyond that, but I did, nevertheless. These products are neither vaccines nor highly-effective. To accommodate their agenda the CDC, FDA, Mayo, Mustard,… whatever, are constantly changing… Read more » 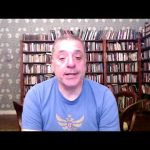 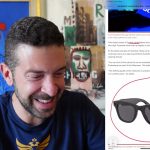