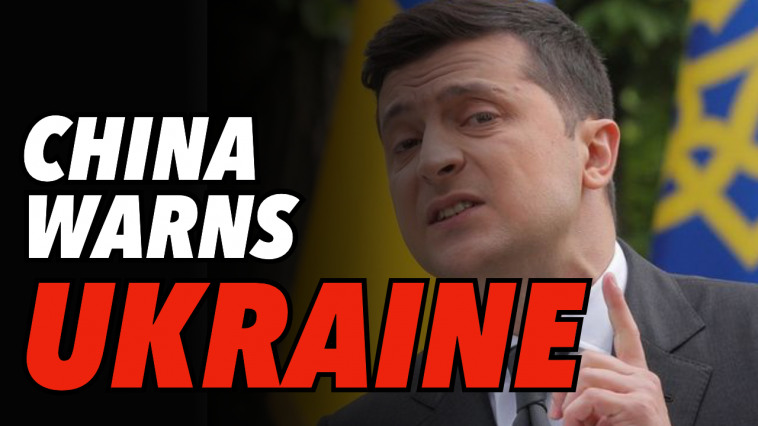 CCTV: On March 12, G7 foreign ministers and the EU High Representative for Foreign Affairs and Security Policy issued a joint statement on NPC’s adoption of a decision on improving HKSAR’s electoral system. Do you have any comment?

BEIJING, March 15./TASS/. China has urged Ukraine not to politicize cooperation between Chinese companies and Crimea, sustained according to market rules, Foreign Ministry Spokesman Zhao Lijian said on Monday. “Chinese companies maintain contacts with Crimea and cooperate with it based on market principles.

A most illuminating talk – one of Alexander’s best for quite a while. However, I doubt Russia expects much active support from China vis a vis Ukraine any more than in Syria. Both powers continue to adopt a cautious approach to US aggression knowing they are dealing with a fast declining power. Time is on their side. Unfortunately for Ukrainians, I expect its leaders are far more interested in enriching themselves than the interests of those they govern, so I ‘ll b surprised if they change course for a while. .

China is an oriental society. Its public face is always constrained but what it does in private is the essential. There’s no burning reason for China to publicly show a strength in support, at the moment IMO anyway.

Yes you are right about unfortunate for Ukrainians. Latest polling in Ukraine (16 March) shows nearly 70% of population assess the economic situation in Ukraine as “very bad” or “rather bad”. And I concur with Alexander’s analysis on this episode; top notch!

Poor little silly Kyiv clown. He thought it would all be fun and games playing “The president”.Like in his silly TV Show. But this is reality. Maybe he should just go back to giving concerts with his silly band. And i guess in time he will – if he’s lucky.

Dear Mr. Mercouris, i highly appreciate your knowledge and analysis. But please, dont’ t take the silly joker in Kyiv and his mouthpieces for “Ukraine”. To say that ukraine is hostile to Russia is – excuse my french – patently absurd.

Ukraine is beautifully represented as a clown show by its comedian president. What could be more appropriate?

A tragicomedy even the Roman playwright Plautus would be proud of.

No doubt when the fascists gave him his marching orders, he folded like a cheap umbrella.

I’ve always wondered, does the US give the fascists their marching orders or do they work them out on their own while the US sits idly by, issuing some minor admonishment from time to time while they train and arm them (much like al Qaeda and ISIS in Syria), like that Sen. Leahy with his fluff-piece bill against Azov. To me, the entire modus operandi is a mirror of the CIA’s Iranian coup, where they hired street thugs and organized crime as provocateurs to accomplish the task. Heck, they’ve even done similar with the Mafia in the US itself. Why… Read more »

Last edited 26 days ago by Ukraine, a True Thugocracy
7
Reply

My impression is that the US has lost all interest in Ukraine after they failed to get a hold on Ukraine’s Golden Soil. Others are stepping in. And that, in my view, is a good thing.

WaPo Editorial Board (Off Mic)
Reply to  Franz Beckenbauer

Most Americans these days have the attention span of a neutrino, and a mind to match.

Well if Ukraine nationalizes the company who is left to buy their products? Russia? nope, US? nope and now China, nope! The joke is on Ukraine!!!

Don’t forget the EU, that gave it their middle finger over increasing agricultural exports (to name one) to them, at the expense of their domestic producers. Their farm lobbies are a powerful lot.

What Ukrainian products are you talking about ? The only ones I know about, are land and young women.

You are forgetting cheap citizenship in a country where everything goes and not all the young women have gone abroad. Comes in handy for some people these days.

Normally, China would be existentially adverse to relations with a breakaway autonomous region, so doing business with Crimea shows the strength of the relationship between China and Russia as well as China’s increasing willingness to give the US the finger. It’s a significant show of strength on its part. Washington’s disastrous meddling in Ukraine and Syria (et, al.) has well overstepped the bounds of reason. It’s opened a geopolitical pandora’s box and would do well to understand its folly in having done so instead of doubling down on an ever increasing losing hand. But no, I certainly don’t expect it… Read more »

…so many big fans of the most sinister dictatorship on earth and the biggest explorer of slave work in all the history of human kind…amazing!…I wonder why all that!…

…anyway, what is relevent that motor sich returns to Ukraine and the Chinese return to there hole!…lol…

If I were Motor Sich, I’d try to cut a deal with Briggs Stratton to make lawn mower engines. All its Japanese competitors have the Chinese bang theirs out on weekends, so no go there.

Oops, I forgot. Briggs with China too. Sorry, too late. No tickee, no washee, ukee. Guess its time to spell it correctly now, Motor Sick. Try motorized egg beaters.

PS: Biden murders Eastern Ukrainian moms and their kids just so that Junior can get another snort of coke.

That’s a slanderous lie. the deal with sonny was he’d STOP a snort for every 100 mortar shells fired on civilians and for every 10 rockets. We haven’t worked out tank shells yet.

I had to up his Ukraine cut to 30% to seal the deal but it’s all in the art of the deal. Munch on that one, Donny.

Donny at least got Syrian oil for his killing instincts. Old man Biden’s only got the blood of innocents and twenty pieces of silver to show for it.

You sound like you’re really upset with Ukraine. Time to develop a thicker skin for war crimes perpetrated by our ‘friends’.

Huge Sucking Sound in the Distance
Reply to  jpthiran

Ukraine’s hole ain’t big enough for ’em? I thought it’d be big enough to swallow up the whole of Europe.

Who’s applauding the US? I though were were mostly its critics here. 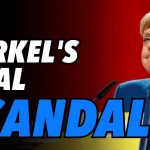 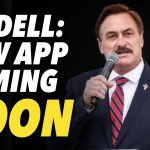