Sources close to Majority Leader Mitch McConnell (R-KY), say he will “reach out” to Tuberville in an attempt strong arm the Senator-Elect into abandoning his party’s president and to coax him into remaining silent in any challenge to the Electoral College vote.

McConnell and the establishment Republican apparatus in the Senate have telegraphed that they would rather betray their party’s sitting President by not challenging tainted Electoral College votes from Michigan, Pennsylvania, Wisconsin, Georgia, and Arizona, than to engage in a “messy floor fight” over finalizing the results of the Electoral College vote.

“South Dakota doesn’t like weakness. He will be primaried in 2022, political career over!!!”

President Trump threatened GOP Sen. @JohnThune with a primary challenge in 2022 in an apparent response to Thune’s unwillingness to back the #Election dispute. https://t.co/TacK69bc7B

Several House Republicans, led by US Rep. Mo Brooks (R-AL), have stepped up to embrace their constitutional duty. A few US Senators – including Tuberville, Rand Paul (R-KY), and Ron Johnson (R-WI), have indicated they are also open to challenging the tainted results out of the states in question.

Senate Republican Whip John Thune (R-SD), said establishment Republicans in the leaders will make it clear to Tuberville that embracing his constitutional duty to suspend the tally of the Electoral College vote during the joint session of Congress on January 6, 2021, will be a futile and politically damaging move.

Essentially, the Republican leadership in the US Senate – led by McConnell, Thune, and US Sen. Roy Blunt (R-MO) – is more concerned about the politics moving forward than standing up for the US Constitution and the sanctity of free and fair elections.

“Ultimately every Senator will have to make their own decision about that but I think there will be people, yeah, reaching out him just to kind of find out” what he’s going to do, Thune said of Tuberville’s intentions.

“I’m hoping in the end that all Senators will conclude that this election needs to be over with and it’s time to move on,” Thune said.

McConnell, Thune and Blount, the Senate Rules Committee Chairman, have all advised Republican Senators to not contest the Electoral College vote next month.

Projecting the milquetoast philosophy commonly held by the Republican leadership in the Senate, Sen. John Cornyn (R-TX), an adviser to the Senate GOP leadership, said, “It’s basically going through the motions,” Cornyn said of objecting to the Electoral College tally. “It’s a futile exercise.”

It is unclear why Senate Republicans are willing to exercise their Constitutionally mandated duties to the American people where contesting vote fraud and tainted elections are concerned.

Should the Electoral College vote be found to be contested at the joint session of Congress on January 5, 2021, the election would be tossed to the US House of Representatives where a vote of delegations would occur. As it stands, that tally would favor President Trump. 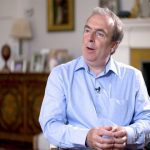 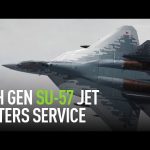