If you haven’t heard of Cardi B, she is a rapper from New York City. If you haven’t heard her music, best not to unless you like profanity. She is married to another rapper, not always a good combination, and she is said to call herself a feminist, but she probably doesn’t understand feminism.

In August 2018, she got into a mass brawl at a New York strip club, not something any feminist would do unless she was trying to stop the show. Cardi was charged with 16 offences including 2 felonies to which she pleaded not guilty, but this month she took a plea which will see her serving no jail time, and if her recent actions are at all indicative, this is one rapper who is more useful to society outside of prison. Shortly before her guilty plea she donated $100,000 to a school in the Bronx.

That was of course extremely generous though in no way controversial, but her latest move was to complain about the “unbearable” cost of living, not for her – her music may be obscene but it has made her a wealthy woman. No, her concern is for ordinary people, including her family and friends. She is also a mother of two so she was probably thinking of less fortunate mothers as well.

The policies being pursued by the Biden Administration are so insane it is difficult not to believe The Big Guy is sabotaging the country at the behest of Xi Jinping, but Cardi B isn’t the only female rapper who appears to be more capable of running the country than the current lunatics. In September last year, Nicki Minaj made similar incisive comments about the vaccine issue. This begs an obvious question, as they are both extremely wealthy women and don’t have to sing for their suppers, maybe they should go into politics? If Joe Biden has no time for them, Donald Trump certainly will.

Rapper? She couldn’t wrap a sandwich!
Cardi B is a talentless music industry manufactured Muppet dancing along to someone else’s lyrics with another persons tune, pretending to be an “artist”, aye she’s an artist alright; a piss artist!
Too many industry Muppets claiming to be rappers these days, Minaj is another in a long line.
Talentless gobshites, the lot of em!

There’s a lizard that lives somewhere in my backyard. Its existence is about as relevant to me …and to the other 7 billion people who live on this planet… as is this semi-illiterate azz-clown known as CardiB. Shame on you for promoting irrelevance. 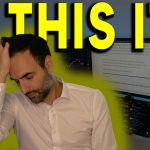 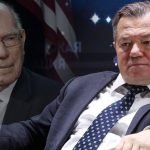