Although the phrase cancel culture is a recent addition to the lexicon of lunacy, it has been with us for a long time. One could argue that William Tyndale was cancelled for heresy in 1536, although even most of today’s self-appointed censors would draw the line at executing heretics. Most, but by no means all.

In the United States, the odious and misnamed Anti-Defamation has been doing its best to cancel “anti-Semites” – ie anyone it doesn’t like – for more than a century. Sometimes though, the victims of overwhelmingly left wing persecution are targeted out of sheer malice, or plain greed. Here is one personal experience of mine. If you haven’t heard of Linda Carty, she is a convicted murderess who has been on death row in Texas since 2002.  Like the recently executed Lisa Montgomery, she planned the most bizarre and terrible of crimes, a foetal abduction, although unlike Montgomery she murdered the baby’s mother after she had given birth.

Because Carty has an extremely tenuous connection with Britain, Clive Stafford Smith and his Reprieve organisation launched a campaign for her based on a tissue of lies and traducing her attorney. These lies were being spread on Facebook, and, having done some proper research on the case, I decided to counter them. Two young women, both blondes from Northern Ireland if I am not mistaken, took umbrage at this documentation, and one day in April 2010 when I logged into Facebook, I noticed a message to the effect of…ha, ha, wonder if he has noticed we’ve reported him for using multiple accounts, or something like that. Then I was locked out.

Shortly, I received an e-mail from Facebook to the same effect, and asking/demanding I submit documentation to prove my identity. I ended up writing personally to Mark Zuckerberg  by snail mail, and eventually my account was restored.

I know many people don’t like losing arguments, and I know that feminists in particular can be vicious, although I don’t think these two were members of the sisterhood, but I was astounded that any woman would defend a creature like Carty, a woman who recruited a gang of miscreants to brutalise the two male inhabitants of a private dwelling and kidnap a young mother at gunpoint with her four day old baby. Carty then smothered this poor girl in the trunk of a car with a plastic bag. I expose Carty’s lies, and I’m the bad guy?

More recently, people who expose religious cults or simply rail at religion have come under sustained attack. Two popular YouTubers – the Christian apologist David Wood and the atheist known as the Apostate Prophet – have been targeted by Moslems. Wood’s channel was recently demonetised, and he has had videos removed from YouTube, although he has so far avoided a ban. Admittedly, he is a nasty piece of work, but there has clearly been a campaign against him. The Apostate Prophet could find himself in a lot deeper water if he should ever return to his ancestral homeland; last year, Turkey issued an arrest warrant for him on account of his persistent blasphemy.

While Islam is a religion, the Jehovah’s Witness branch of Christianity is a cult pure and simple. The YouTube channel of Jehovah’s Witness turned atheist Lloyd Evans has over eighty thousand subscribers, and his proselytising against the cult has led to him being accused of “hate speech” as well as the flagging of his videos. The men who run this cult keep a tight rein on it, and can be extremely litigious.

The mass flagging of videos is a major weapon of those who seek to cancel not only the politically incorrect but anyone they don’t like, and as with Black Lives Matter, some of these people are not above using extortion to line their own pockets.

Jeremy Hambly runs TheQuartering, a YouTube channel that recently topped a million subscribers. Hambly covers video games, films, and a wide variety of popular culture subjects. Last November, he reported on two much smaller YouTube channels, one run by a black woman who uses the screen name ZombaeKillz. Apart from being black and somewhat overweight, her talents are? Whatever they are, she thought she deserved a free five hundred dollar console just for being black and a woman. When she was rebuffed, she called for a mass flagging campaign against the company concerned, and when Hambly reported on her despicable behaviour, he too was hit with a mass flagging campaign. For once, YouTube didn’t react in knee jerk fashion, and her complaints were rejected, along with who knows how many others.

The real problem here isn’t simply that so many institutions buckle at the slightest prodding by such odious people, but that there are never any adverse consequences for false accusers or just plain mischief-makers. There need to be serious repercussions for gratuitously false allegations, both in the cyber world and the real world, certainly for repeat offenders and those who instigate organised campaigns of harassment.

This is not on topic, but when you wrote “I received an e-mail from Facebook to the same effect, and asking/demanding I submit documentation to prove my identity.” something similar happened to me recently. On Feb 23, 2021, my FB account was disabled. I was not told why. Today, March 16, Fb informs me  “Upload Your ID To help us check that this account belongs to you, we need a photo of your official ID. This could be a driving licence, passport or other type of official identification. If there are any issues, we’ll send you an email. Choose Photo… Read more » 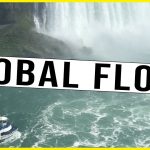