It is truly amazing how some people can make anything into a racial issue, including the arrest in Moscow of Brittney Griner, amazing but not surprising when the person racialising this case is Cori Bush. She, it will be remembered, is the US Congresswoman who supports defunding the police for the little people and hiring armed security for herself. And in case you forgot, she also called expectant mothers “birthing people”.

According to Miss Bush, the lack of mass attention to Griner’s predicament is due to her gender and skin color – meaning her sex and her race. According to Aileen Gallagher, an overweight white feminist academic attached to Syracuse University: “It is absurd this isn’t a huge story”. She calls this the exact inverse of missing white woman syndrome.

In case you are not familiar with it, missing white woman syndrome is another imaginary manifestation of so-called racism. The theory is that the media pays far more attention to missing white women just because they are white. Ludicrously, the Soham Murders has been cited as an example of this. The victims in that case were not women but two ten year old girls who donned Manchester United shirts and walked off into oblivion. They were murdered by the baby-faced Ian Huntley; this was a massive story in the UK at the time.

The reality is that some disappearances and murders attract massive publicity for all manner of reasons and none, while others attract very little. A missing child or a public execution are likely to generate enormous publicity. For example, the near fatal shooting of Black Lives Matter activist Sasha Johnson attracted massive attention. Until news leaked out that she was the unintended victim of gang violence rather than the target of a hit by the Peckham branch of the Ku Klux Klan. The case against her alleged assailants collapsed not because people didn’t talk about it, but because they were scared to. None of the players in this dreadful affair were white.

And if missing white woman syndrome is a thing, what about dead black male syndrome? George Floyd was a petty crook and long term drug addict, but his very public death led to genuine outrage worldwide, leaving aside the way it was exploited by the usual suspects. In the UK, the murder of Stephen Lawrence by a white gang generated enormous publicity and harmful changes to public policy. Although that was nearly thirty years ago, most people under the age of thirty have heard of Stephen Lawrence, but how many white victims of black gangs can the average person name? Probably none, because the media has a policy of keeping these reports low key. We saw something similar with the grooming gang scandal, while the man who did more than anyone else to expose it has been reviled universally.

Leaving all that aside, and without wishing to undermine the presumption of her innocence, Brittney Griner is the mistress of her own misfortune. People are arrested at airports every day for smuggling drugs. Griner is lucky that the small quantity in her luggage was clearly for personal use. That and the fact that she was stopped at a Russian airport. In 2015-6, Indonesia executed 18 people, all but 3 foreign nationals, and every single one for drug trafficking.

Regarding the claim that this should be a huge story; there is a war being fought in Europe at the moment, one some pundits have suggested might turn into a nuclear war. For Americans, there is roaring inflation, and a much bigger story – the crimes of the Biden family – has been given scant attention by the mainstream press. Griner will probably serve at the very worst a year or two in a Russian prison while real American criminals go not only unpunished but unindicted. That is the real scandal here, and it has nothing whatsoever to do with race.

Griner is your prototypically self absorbed meat head sports figure who can clearly throw a ball through a ring but can’t wrap her empty head around the fact that the world doesn’t revolve around her and her narcissistic behavior. Actions have consequences, honey! 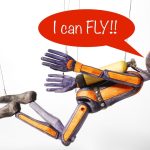 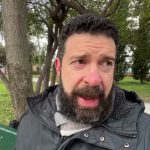