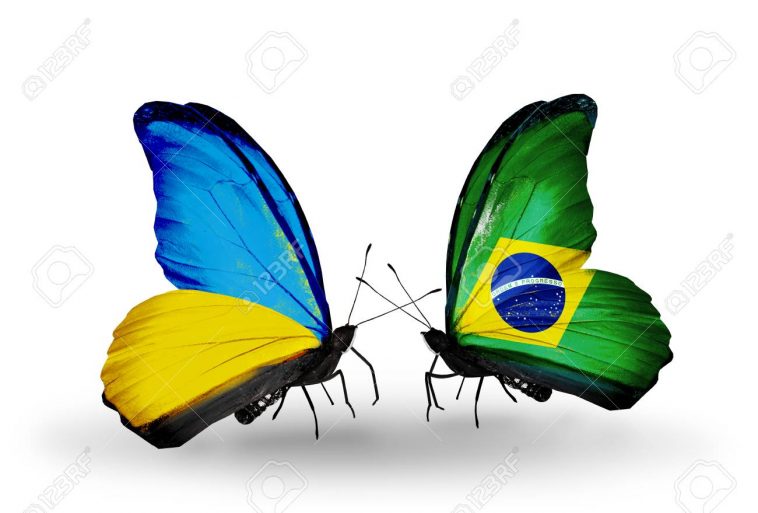 Submitted by InfoBrics, authored by Uriel Araujo, researcher with a focus on international and ethnic conflicts…

Brazil-Ukraine relations are indeed on the rise. For instance, the trade turnover between Ukraine and Brazil (in 2019) increased by 21.5% (compared to the previous year). Ukrainian exports, in their turn, grew by almost 65%, and Brazilian imports by 11.8%. Last year, Brazilian president Jair Bolsonaro met with then president Poroshenko (in Davos) and voiced his support for Ukrainian “territorial integrity”. In October 2019, Bolsonaro met current president Volodymyr Zelensky to discuss space industry cooperation and other issues. But there have also been some other interesting political developments.

The political situation in Brazil is getting more and more polarized, as opposition to Bolsonaro grows and demonstrators pro and against him often clash in the streets. Interestingly, key Bolsonaro supporters have been calling for a Brazilian “Maidan”. They have appropriated it as a symbol and a  model in their protests against corruption and against Brazilian institutions such as Congress and the Supreme Court. Famous Brazilian activist Sara Geromini (nicknamed “Sara Winter), for example, has been calling for the “ukrainization” of Brazil during protests. The president himself has attended such rallies. Ms. Geromini, who has recently been put under house arrest, is a former member of FEMEN (and claims to have been trained as an activist in Ukraine). Olavo de Carvalho has also been calling for such “ukrainization”. Mr. Carvalho is a controversial Brazilian intellectual who currently lives in the US and who has met with Steve Bannon. Carvalho is considered to be a sort of “guru” to Bolsonaro and he has even personally influenced the nomination of the Brazilian Minister of Foreign Affairs Ernesto Araújo, for instance.

Furthermore, since last month, some of such demonstrators have been displaying Pravyi Sektor flags in their rallies – even at the Paulista avenue (Sao Paulo’s main avenue). Curiously, one such activist, Brazilian citizen Alex Silva, who lives in Ukraine but has been in Brazil since March, owns a security firm that trained paramilitary groups in Ukraine during the so-called Maidan revolution. The Brazilian media picked on this fact and such flags have been described as “Nazi” flags. In response, the Ukrainian Ambassador in Brazil, Mr. Rostyslav Tronenko, gave an interview to CNN Brazil denying it and bitter controversy ensued.

Pravyi Sektor, of course, originated in 2013 as a paramilitary grouping of a number of Ukrainian nationalist organizations which included also neo-nazi groups. Scholar Volodymyr Ishchenko, for instance, describes Pravyii Sektor as such. It was very active during Maidan and also took part in paramilitary operations in the Donbass war.

Meanwhile, such incidents have the potential to harm Russian-Brazilian relations – and, ironically even Israeli-Brazilian relations. Russia is of course a key Brazilian partner and both countries are part of the BRICS group. However, Brazil’s alignment with the US on the Caracas issue has been a hot topic.

Bolsonaro’s foreign policy is clearly centered in establishing very good relations with the US and Israel. It thus makes sense to distance itself from China and Russia. But such approach is not working so well for Brazil. Time and time again, Bolsonaro has given too much to the US and has gotten nothing in return – for example, this year he exempted US citizens from applying for a Brazilian visa but Brazilians shall still be required to do so to travel to the US.

In the same way, Bolsonaro is well known for his strongly pro-Israel stance (which is supported by part of his Evangelical base. Brazil remains a Catholic country, but Pentecostalism is on the rise). For example, he planned to relocate the Brazilian Embassy in Israel from Tel-Aviv to Jerusalem, which caused something of a turmoil amongst Brazilian diplomats and the military – for it could indeed harm Brazil’s traditional relationship with the Arab world. Bolsonaro’s Brazil has even been described as “Israel’s new best friend”. Even so, some tensions occur. For example, when the former Culture Secretary Roberto Alvim gave a speech echoing Goebbels, on February. The latest controversy (over supposedly “Nazi” flags) certainly does not help.

Meanwhile the Brazilian government has been trying hard to attract launch businesses – with a focus on the Alcântara launch site. Last month, Brazil launched a Basic Training Rocket in Alcântara as part of Operation Falcon I. In fact, Brazil and Ukraine used to have a joint venture to launch rockets there, however Ukraine left the project after some technical problems (in 2015). Zelensky has recently suggested to restart this space project.

The truth is that Brazil is more and more isolated in the international sphere – due to Bolsonaro’s pandemic denial and disregard for the environment, among other things. Could he turn to Ukraine as a new strategic ally? Ideologically it makes sense because part of the Brazilian right has affinities  with the strong anti-communism found in part of the Ukrainian society today. Brazil remains adrift, it seems.

I remember when the only country that would openly ally with Israel was PW Botha’s apartheid South Africa in the 80’s. Nazi-like countries DO seem to gravitate together so I could see how Bolsonaro’s style of ‘populism’ (having contractors murder activists and indigenous native peoples who get in the way of cutting down the jungle) could be appealing to a lot of Israelis.

I pardoned Marc Rich because of his uncanny ability to break the US embargo with BOTH Iran and South Africa simultaneously by selling Iran’s oil to S.A., and dropping off a few dozen tankers to Israel on the way. That sort of talent deserves a thumb’s up. Besides, embargoes are meant to be broken. I’ve done a few myself (and so has wifey) Nothing to it.

We aim to please 😉

Fascists flock together. What else is new? 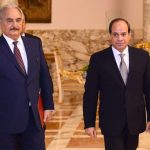 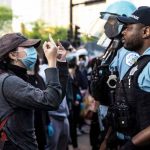