Several signals point to a possible military strike on Venezuela, with high-ranking officials and influential politicians making clear that it is a distinct possibility.

Speaking at his alma mater, the University of Texas, on February 1, Secretary of State Tillerson suggested a potential military coup in in the country. Tillerson then visited allied Latin American countries urging regime change and more economic sanctions on Venezuela. Tillerson is also reportedly considering banning the processing or sale of Venezuelan oil in the United States and is discouraging other countries from buying Venezuelan oil.

In a series of tweets, Senator Marco Rubio, the Republican from Florida, where many Venezuelan oligarchs live, openly called for a military coup in Venezuela. “The world would support the Armed Forces in #Venezuela if they decide to protect the people & restore democracy by removing a dictator,” the former presidential candidate tweeted.

How absurd — remove an elected president with a military coup to restore democracy? Does that pass the straight face test? This refrain of Rubio and Tillerson seems to be the nonsensical public position of U.S. policy.

The U.S. has been seeking regime change in Venezuela since Hugo Chavez was elected in 1998. Trump joined Presidents Obama and Bush before him in continuing efforts to change the government and put in place a U.S.-friendly oligarch government.

They came closest in 2002 when a military coup removed Chavez. The Commander-in-Chief of the Venezuelan military announced Chavez had resigned and Pedro Carmona, of the Venezuelan Chamber of Commerce, became interim president. Carmona dissolved the National Assembly and Supreme Court and declared the Constitution void.

The people surrounded the presidential palace and seized television stations, Carmona resigned and fled to Colombia. Within 47 hours, civilians and the military restored Chavez to the presidency. The coup was a turning point that strengthened the Bolivarian Revolution, showed people could defeat a coup and exposed the US and oligarchs.

The U.S. and oligarchs continue their efforts to reverse the Bolivarian Revolution. The United States has a long history of regime change around the world and has tried all of its regime change tools in Venezuela. So far they have failed.

Economic War
Destroying the Venezuelan economy has been an ongoing campaign by the US and oligarchs. It is reminiscent of the US coup in Chilewhich ended the presidency of Salvador Allende. To create the environment for the Chilean coup, President Nixon ordered the CIA to “make the economy scream.”

Henry Kissinger devised the coup noting a billion dollars of investment were at stake. He also feared the “the insidious model effect” of the example of Chile leading to other countries breaking from the United States and capitalism.

Kissinger’s top deputy at the National Security Council, Viron Vaky, opposed the coup saying, “What we propose is patently a violation of our own principles and policy tenets .… If these principles have any meaning, we normally depart from them only to meet the gravest threat … our survival.”

These objections hold true regarding recent US coups, including in Venezuela and Honduras, Ukraine and Brazil, among others. Allende died in the coup and wrote his last words to the people of Chile, especially the workers, “Long live the people! Long live the workers!” He was replaced by Augusto Pinochet, a brutal and violent dictator.

For decades the US has been fighting an economic war, “making the economy scream,” in Venezuela. Wealthy Venezuelans have been conducting economic sabotage aided by the US with sanctions and other tactics. This includes hoarding food, supplies and other necessities in warehouses or in Colombia while Venezuelan markets are bare.

The scarcity is used to fuel protests, e.g. “The March of the Empty Pots,” a carbon copy of marches in Chile before the September 11, 1973 coup. Economic warfare has escalated through Obama and under Trump, with Tillerson now urging economic sanctions on oil.

President Maduro recognized the economic hardship but also said sanctions open up the opportunity for a new era of independence and “begins the stage of post-domination by the United States, with Venezuela again at the center of this struggle for dignity and liberation.” The second-in-command of the Socialist Party, Diosdado Cabello, said, “[if they] apply sanctions, we will apply elections.”

Opposition Protests
Another common US regime change tool is supporting opposition protests. The Trump administration renewed regime change operations in Venezuela and the anti-Maduro protests, which began under Obama, grew more violent. The opposition protests included barricades, snipers and murders as well as widespread injuries. When police arrested those using violence, the US claimed Venezuela opposed free speech and protests.

Violent protests are part of U.S. regime change repertoire. This was demonstrated in the U.S. coup in Ukraine, where the U.S. spent $5 billion to organize government opposition including U.S. and EU funding violent protesters. This tactic was used in early US coups like the 1953 Iran coup of Prime Minister Mossadegh. The U.S. has admitted organizing this coup that ended Iran’s brief experience with democracy. Like Venezuela, a key reason for the Iran coup was control of the nation’s oil.

Funding Opposition
There has been massive U.S. investment in creating opposition to the Venezuelan government. Tens of millions of dollars have been openly spent through USAID, the National Endowment for Democracy and other related US regime change agencies. It is unknown how much the CIA has spent from its secret budget, but the CIA has also been involved in Venezuela. Current CIA director, Mike Pompeo, saidhe is “hopeful there can be a transition in Venezuela.” 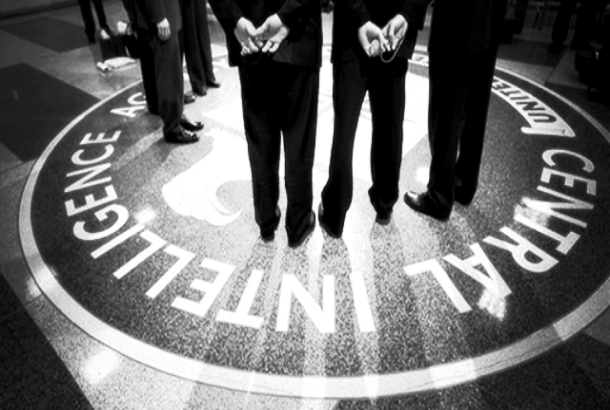 The United States has also educated leaders of opposition movements, e.g. Leopoldo López was educated at private schools in the US, including the CIA-associated Kenyon College. He was groomed at the Harvard Kennedy School of Government and made repeated visits to the regime change agency, the National Republican Institute.

Elections
While the US calls Venezuela a dictatorship, it is in fact a strong democracy with an excellent voting system. Election observers monitor every election.

In 2016, the economic crisis led to the opposition winning a majority in the National Assembly. One of their first acts was to pass an amnesty law. The law described 17 years of crimes including violent felonies and terrorism committed by the opposition.

It was an admission of crimes back to the 2002 coup and through 2016. The law demonstrated violent treason against Venezuela. One month later, the Supreme Court of Venezuela ruled the amnesty law was unconstitutional. U.S. media, regime change advocates and anti-Venezuela human rights groups attacked the Supreme Court decision, showing their alliance with the admitted criminals.

Years of violent protests and regime change attempts, and then admitting their crimes in an amnesty bill, have caused those opposed to the Bolivarian Revolution to lose power and become unpopular.  In three recent elections Maduro’s party won regional,  local and the Constituent Assembly elections.

The electoral commission announced the presidential election will be held on April 22. Maduro will run for re-election with the United Socialist Party. Opposition leaders such as Henry Ramos and Henri Falcon have expressed interest in running, but the opposition has not decided whether to participate.

Henrique Capriles, who narrowly lost to Maduro in the last election, was banned from running for officebecause of irregularities in his campaign, including taking foreign donations. Capriles has been a leader of the violent protests. When his ban was announced he called for protests to remove Maduro from office. Also banned was Leopoldo Lopez, another leader of the violent protests who is under house arrest serving a thirteen year sentence for inciting violence.

Now, the United States says it will not recognize the presidential election and urges a military coup. For two years, the opposition demanded presidential elections, but now it is unclear whether they will participate. They know they are unpopular and Maduro is likely to be re-elected.

Is War Against Venezuela Coming?

A military coup faces challenges in Venezuela as the people, including the military, are well educated about US imperialism. Tillerson openly urging a military coup makes it more difficult.

The government and opposition recently negotiated a peace settlement entitled “Democratic Coexistence Agreement for Venezuela.” They agreed on all of the issues including ending economic sanctions, scheduling elections and more. They agreed on the date of the next presidential election.

It was originally planned for March, but in a concession to the opposition, it was  rescheduled for the end of April. Maduro signed the agreement even though the opposition did not attend the signing ceremony. They backed out after Colombian President Santos, who was meeting with Secretary Tillerson, called and told them not to sign. Maduro will now make the agreement a public issue by allowing the people of Venezuela to sign it.

Not recognizing elections and urging a military coup are bad enough, but more disconcerting is that Admiral Kurt Tidd, head of Southcom, held a closed door meeting in Colombia after Tillerson’s visit. The topic was “regional destabilization” and Venezuela was a focus. 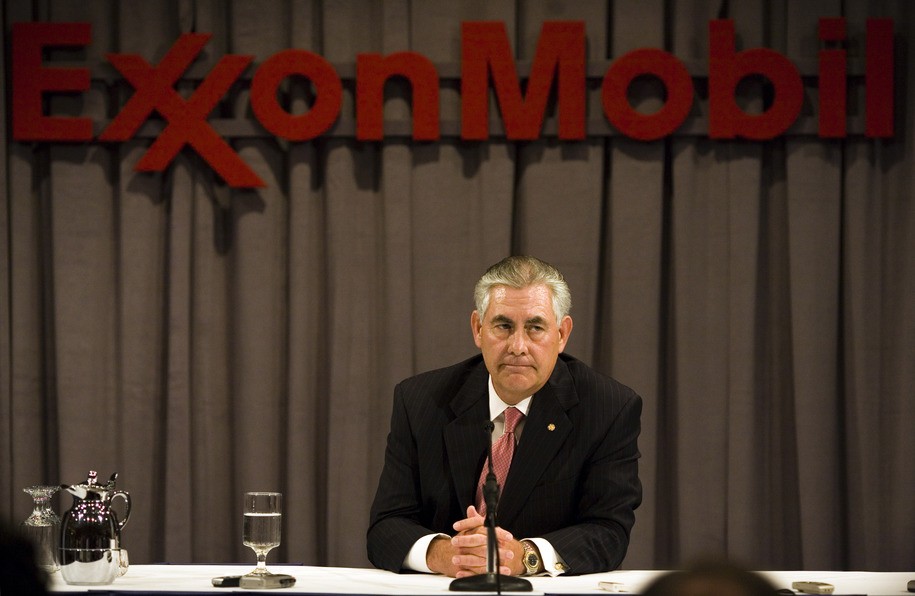 A military attack on Venezuela from its Colombian and Brazilian borders is not far fetched. In January, the NY Times asked, “Should the US military invade Venezuela?” President Trump said the US is considering US military force against Venezuela. His chief of staff, John Kelly, was formerly the general in charge of Southcom. Tidd has claimed the crisis, created in large part by the economic war against Venezuela, requires military action for humanitarian reasons.

War preparations are already underway in Colombia, which plays the role of Israel for the US in Latin America. The coup government in Brazil, increased its military budget 36 percent, and participated in Operation: America United, the largest joint military exercise in Latin American history.

It was one of four military exercises by the US with Brazil, Colombia and Peru in Latin America in 2017. The US Congress ordered the Pentagon to develop military contingencies for Venezuela in the 2017 National Defense Authorization Act.

While there is opposition to US military bases, James Patrick Jordan explains, on our radio show, the US has military bases in Colombia and the Caribbean and military agreements with countries in the region; and therefore, Venezuela is already surrounded.

The United States is targeting Venezuela because the Bolivarian Revolution provides an example against U.S. imperialism. An invasion of Venezuela will become another war-quagmire that kills innocent Venezuelans, U.S. soldiers and others over control of oil.

People in the United States who support the self-determination of countries should show solidarity with Venezuelans, expose the U.S. agenda and publicly denounce regime change. We need to educate people about what is really happening in Venezuela to overcome the false media coverage.