Progressive cities like Minneapolis (ground zero of the George Floyd riots), Los Angeles, Chicago, and New York are defunding the police with predictable results. In all of these cities, police morale is plummeting while retirement applications are soaring.  In Chicago, 63 people were shot and 12 were killed last weekend. Then, on Tuesday, 15 people were shot in a Chicago area funeral home. In Denver, police were ordered to stand down as Antifa descended upon a Back the Blue rally. In Bill de Blasio’s New York City, he and the council have slashed a billion dollars from the New York Police Department’s budget. The NYPD has released crime statistics for June and they are not pretty. On the streets, the NYPD has backed off. So far, police have made 40,000 fewer arrests this year compared to 2019. At the same time, murders increased by 30% over June of last year. June also saw a 51% increase in auto-thefts and a 118% increase in burglaries.  Over the course of nine days, 112 people were shot in Bill De Blasio’s New York. And so, a young generation of New Yorkers, who grew up in the city of Giuliani and Bloomberg’s aggressive Stop and Frisk policing and have zero street smarts, must adapt to life in high-crime urban areas.

Meanwhile, the City of Portland Oregon is under siege. Portland is home to the Rose City Antifa, one of the largest and best organized Antifa groups in the country. Every night for nearly two months, hundreds of Antifa rioters have attacked the Mark O. Hatfield Federal Courthouse. Mayor Ted Wheeler has surrendered the streets to Antifa, leaving Federal authorities in Portland to fend for themselves. In exasperation, President Trump sent Federal officers to defend the courthouse. These have taken several rioters off the streets for questioning and/or arrest. Mayor Wheeler has objected to Federal Law enforcement being in the city and claimed their presence is leading to more violence. Oregon state authorities have sued the Trump Administration in Federal Court and asked the court to intervene; claiming Federal law enforcement officers are not identifying themselves and are detaining rioters without probable cause.

The Portland city council has banned police from cooperating with the Feds. Mayor Wheeler and Democrats nationwide are using words like ‘occupation’, ‘secret police’, and ‘unmarked cars’ to describe Federal actions in Portland.  Democrat mayors and national politicians are using similar language, as is the press, all in a push to delegitimize Federal efforts to stabilize lawless Blue cities. For the record, Federal officers making arrests in Portland do so wearing uniforms clearly marked ‘police’ and wear badge numbers.

Mayor Wheeler attended Wednesday’s riot and proclaimed, ‘I want to thank the thousands of you who have come out to oppose the Trump administration’s occupation of this city…The reason this is important is it is not just happening in Portland … we’re on the front line here in Portland.’ Despite his support, much of the crowd jeered Wheeler. Later that night, he joined the mob before the courthouse and was teargassed. This engendered no sympathy from the rioters. One asked, ‘how does it feel Ted?’ while others held up signs calling the mayor ‘Tear Gas Ted.’ As he left the scene, rioters chased after Wheeler, cursing and mocking. Some there accused him of trying to stage a photo-op.

Democrats aren’t the only one’s lobbing rhetorical hand grenades. This week on Fox News, Senator Tom Cotton (R, Arkansas), long a law and order hawk, said, ‘These insurrectionists in the streets of Portland are little different from the insurrectionists who seceded from the Union in 1861 in South Carolina and tried to take over Fort Sumter.’ The comparison is apt. In 1861, South Carolina’s Secessionist government fired on Fort Sumter, then held by Federal troops. This was the opening shot of the American Civil War.

Comparing Portland to Fort Sumter may be overwrought, but consider this: Portland refuses to protect Federal property, has withdrawn its police, and ordered them not to cooperate with the Feds. In public, the mayor and city council side with the Antifa rioters while in court they seek an order to compel the Feds to back down. The city of Portland is now in direct opposition to the Federal government. How far will they let Portland go?

Good article, thank you. BTW you may have missed the videos where the Mayor was physically attacked and his shirt torn by an Antifa thug. You also might wish to add he attended the riot with five plainclothes police as security. The police guard had to fend off attackers to get the Mayor away from the rioters. And I believe it is now six Fed troops have been blinded, possibly permanently by Antifa lasers. Also the troops wear numbers rather than names as some trooper families have been doxxed. The press is raging about the need for their names, complicit… Read more »

Let me guess, you are of the mostly white and more educated upper-half of society, the half that needs killer-cops for protection as you hoard all the land, wealth, healthcare and political power.

This is apt analysis. I love, LOVE killer cops. I salute your insight, sir.

Get a job, you whiny, soy boy bigot

Keating
“Problems are the penalties of progress,
don’t bring good news it only diminishes me.”

The goal of the BLM movement, is it not to stop the more educated and mostly white upper-half of society from hoarding all the land, wealth, healthcare, political power and 98% of guns?

And so, if killer-cops could only police the upper-half of society, if the 50% working poor were allowed to police themselves, is that not what equality
is all about? ? 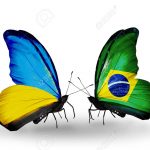 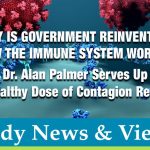